LOS ANGELES, Calif., Jan. 27, 2022 (SEND2PRESS NEWSWIRE) — Each year, the United Nations sets aside January 27 as International Holocaust Remembrance Day. This day marks the liberation in 1945 of the Auschwitz-Birkenau death camps where between 1.1 and 1.5 million people died, most of them Jews. But while we remember those who perished in the Holocaust, let us also honor those who put their own lives on the line to rescue thousands destined for that fate. Scientology Network’s “Documentary Showcase” features two films that pay tribute to unsung heroes who saved thousands from dying in Nazi death camps. 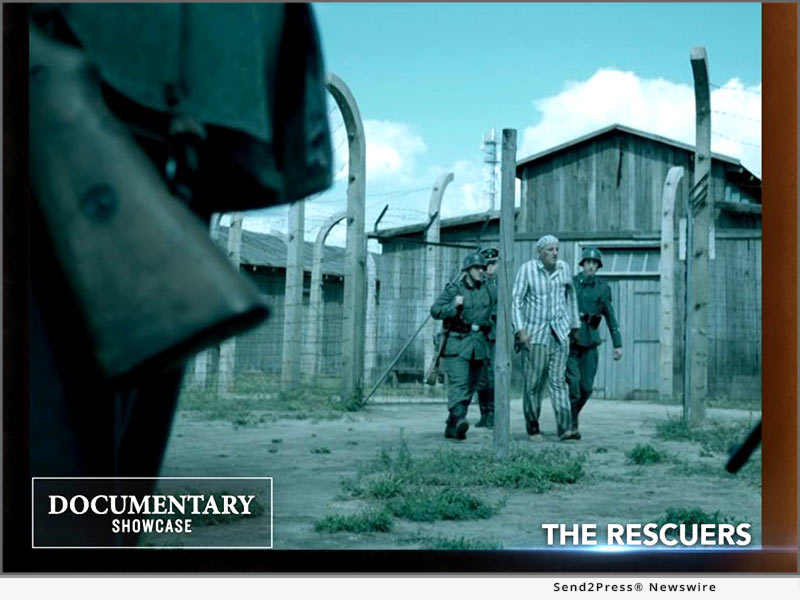 Now dubbed “Britain’s Schindler,” Sir Nicholas “Nicky” Winton saw children facing certain death at the hands of the Nazi regime on the eve of World War II in 1939. Winton bravely stood up against the Germans to save the lives of more than 600 children who were destined for concentration camps.

He not only brought them out of Czechoslovakia, he also had them conducted across Hitler’s Germany and secured their safety in Great Britain. Winton kept his heroic exploits secret from everyone: historians, journalists—even his wife—for nearly 50 years. His story finally came to light when the BBC televised a show surprising Winton by reuniting him with 100 adults—all of whom were among the children he had rescued 50 years earlier.

A young Rwandan antigenocide activist and a renowned Holocaust historian teamed up to travel across 15 countries and three continents, interviewing survivors and descendants of 13 diplomats who helped rescue tens of thousands of Jewish people from Nazi death camps during World War II.

Award-winning filmmaker Michael W. King documented their travels and discussions, bringing to the world this story of heroism and delivering a testament to the ways in which human beings can rise above forces of evil, even in the face of dire consequences.

King has been making films for more than two decades, winning an Emmy for a PBS documentary on youth violence in 1999. He has served as a member of the board of the International Documentary Association and is an active member of the Directors Guild of America.

“The Rescuers” has won 30 film festival awards, including multiple Best Documentary and Best Historical Documentary awards. The film was further honored as Best of the Best at the Palm Beach International Film Festival and was an Official Selection at the NAACP Image Awards. The film was also screened at a United Nations Conference and, at the request of the U.S. State Department, King has helped promote the film abroad.

Fundamental to Scientology is a humanitarian mission that extends to some 200 nations with programs for human rights, human decency, literacy, morality, drug prevention and disaster relief. For this reason, Scientology Network’s “Documentary Showcase” debuts films from award-winning independent filmmakers whose goal is to improve society by raising awareness of social, cultural and environmental issues.

Since launching with a special episode featuring Scientology ecclesiastical leader Mr. David Miscavige, Scientology Network has been viewed in 240 countries and territories worldwide in 17 languages. Broadcast from Scientology Media Productions, the Church’s global media center in Los Angeles, the Scientology Network is available on DIRECTV Channel 320 and can be streamed on Scientology.tv, mobile apps and via the Roku, Amazon Fire and Apple TV platforms.