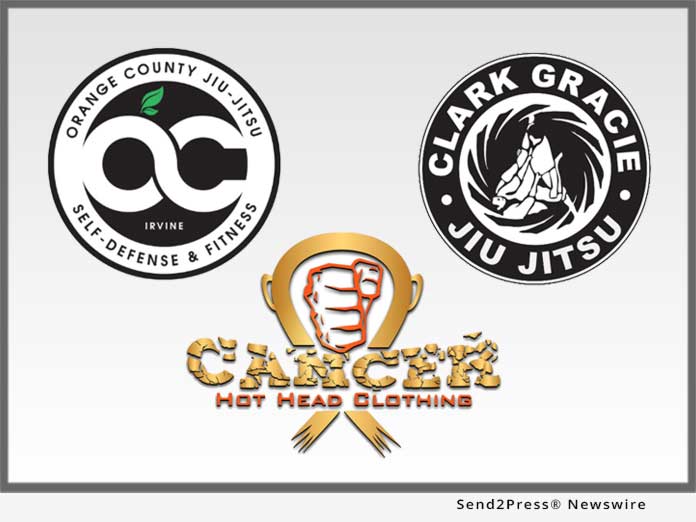 The fundraising event was inspired by Jacob Sebastian Garcia, a jiu-jitsu student, who was diagnosed with Pre-B Acute Lymphoblastic Leukemia in 2012 at the young age of just three-years-old. Jacob is now in remission but like many children, he continues to battle the after effects of chemotherapy treatment every day. Jacob’s mother and father (Erica and Robert Garcia) observed numerous struggles endured by so many parents of kids with cancer, lots of which do not have adequate insurance to provide effective treatment and becomes very expensive.

As a result, they decided to start a fundraising page via St. Jude Children’s Research Hospital, which never chargers parents for cancer treatment or associated medical services. Erica and Robert then teamed with OC Jiu-Jitsu to hold a fundraising event in Sept. during Childhood Cancer Awareness Month.

The inaugural event was held at OC Jiu-Jitsu in Irvine, Calif. on Sunday, Sept. 16. A two-hour session was led by Jeff Weins and Budo Jake, who are both accomplished black belts in jiu-jitsu and regularly teach kids the art. They kicked the fun off with kids showing up from throughout Southern California demonstrating their entertaining moves in front of a packed, sold out crowd of supporters in an open mat format. The second hour consisted of a seminar that involved more kids from the Southern California jiu-jitsu community rolling around and demonstrating various moves for the audience.

“We held a very successful event and are pleased with the turnout and initial results, but most importantly, we want this to be a continuing campaign and still need donations,” stated Jeff Weins, one of the event organizers who is also an instructor at OC Jiu-Jitsu. “I don’t think people realize how many children and their families are affected by cancer across the country. Creating awareness was one of the biggest drivers for us to raise funds for St. Jude.”

But Jacob’s mother and father didn’t stop there. Their son’s journey with cancer inspired them to establish Hot Head Clothing — a collection of unique shirts, tank tops, beanies and hats designed specifically for child cancer patients, with a portion of the proceeds are donated to cancer research for children.

“We started Hot Head Clothing because, unfortunately, some people do stare and make negative gestures when they see a child who is bald as a result of chemotherapy and may also be wearing a mask, tubes, and/or other medical devices,” stated the Garcias. “Our message is even though you’re bald, you still have a ‘hot looking head.’ Further, the specially designed shirts with custom zippers provides doctors and nurses with easy access to chest ports and picc lines to treat patients, which typically requires them to disrobe. This spares them from embarrassment, maintain confidence levels, and keeps their spirits up.”

What the Donations Result In:
Treatments invented at St. Jude have helped push the overall childhood cancer survival rate from 20 percent to more than 80 percent since it opened more than 50 years ago. St. Jude vows to not stop until no child dies from cancer. St. Jude freely shares the discoveries it makes, and every child saved at St. Jude means doctors and scientists worldwide can use that knowledge to save thousands more children.

The money raised by events like what OC Jiu-Jitsu and Hot Head Clothing recently held helps ensure families never receive a bill from St. Jude for treatment, travel, housing or food — because all a family should worry about is helping their child live. Charity fundraisers help St. Jude Children’s Research Hospital continue to lead the way the world understands, treats and defeats childhood cancer and other life-threatening diseases.

OC Jiu-Jitsu is located at 2540 Main Street in Irvine, Calif and Hot Head Clothing is located at 2166 West Broadway PMB #197 in Anaheim, Calif. Weins says that he plans to hold future fundraising events in conjunction with Hot Head Clothing and other entities in order to raise money for childhood cancer, but will be looking for a larger venue due to an expected larger turnout.

About OC Jiu-Jitsu, a Clark Gracie Academy:
Based in Irvine, Calif., OC Jiu-Jitsu/Clark Gracie Academy was established in 2015 by world champion martial arts expert Clark Gracie, an American Brazilian jiu-jitsu competitor and member of the world–renowned Gracie family. He is the grandson of legendary Carlos Gracie, the founder and creator of Gracie Jiu-Jitsu, and first eldest son of Carley Gracie, the father of Gracie Jiu-Jitsu in the United States. The academy teaches students of all ages honor, respect, discipline, confidence, strength, endurance, strategy, and controlled self-defense.

Children who have cancer must undergo a painful surgery that involves getting a chest port, which is a tube that goes into a vein in the chest direct to the heart. It can be embarrassing and uncomfortable to regularly disrobe in order to receive chemotherapy treatment.

View More Martial Arts News
"We held a very successful event and are pleased with the turnout and initial results, but most importantly, we want this to be a continuing campaign and still need donations," stated Jeff Weins, one of the event organizers.

ABOUT THE NEWS SOURCE:
OC Jiu-Jitsu a Clark Gracie Academy

Based in Irvine, Calif., OC Jiu-Jitsu, a Clark Gracie Academy, was established in 2015 by world champion martial arts expert Clark Gracie, an American Brazilian jiu-jitsu competitor and member of the world–renowned Gracie family.

LEGAL NOTICE AND TERMS OF USE: The content of the above press release was provided by the “news source” OC Jiu-Jitsu a Clark Gracie Academy or authorized agency, who is solely responsible for its accuracy. Send2Press® is the originating wire service for this story and content is Copr. © OC Jiu-Jitsu a Clark Gracie Academy with newswire version Copr. © 2018 Send2Press (a service of Neotrope). All trademarks acknowledged. Information is believed accurate, as provided by news source or authorized agency, however is not guaranteed, and you assume all risk for use of any information found herein/hereupon.