"We are asking our listeners to join us in prayer for the release of Saeed," said The Bridge Radio's General Manger Robert Taylor. "Please pray during the radio interview with Naghmeh and during the pray vigil to follow later on Monday night."

OLD BRIDGE, N.J., Sept 22, 2015 (SEND2PRESS NEWSWIRE) — Over 100 million Christians are persecuted for their faith all over the world, making them one of the most persecuted religious groups on the planet, according to The Bridge Christian Radio. Iran is one of the top persecutors of Christians, and on Monday, September 28, Iranian President Hassan Rouhani will address the United Nations, even as his government unlawfully holds and tortures Americans. In particular, for the past three years, Christian pastor Saeed Abedini has been imprisoned in Iran for his faith in Christ.

On Monday, September 28, at 6:30 p.m., Naghmeh Abedini, wife of Saeed Abedini, an American pastor imprisoned in Iran, will be the in-studio guest on The Bridge Christian Radio. During this exclusive revealing interview, Naghmeh will share updates about her imprisoned husband Saeed.

At 7 p.m., Christians will gather at Calvary Chapel, 123 White Oak Lane in Old Bridge, N.J., to join Saeed’s wife Naghmeh in prayer for his release.

Naghmeh Abedini has traveled throughout the world, addressing countless media outlets, the United Nations, the Geneva Convention, and even the President of the United States himself, pleading for the release of Pastor Saeed.

Her plight has raised global awareness about the persecution of Christians. Even as recently as September 18, Naghmeh has had the opportunity to share her faith, as well as her pleas for Saeed, with Iranian ambassadors gathered in New York City. To date, Pastor Saeed remains imprisoned.

President Rouhani has been particularly inflammatory in his remarks against America, saying, “The beautiful cry of ‘Death to America’ unites our nation. To each threat, Naghmeh and Christians throughout the country have committed to obey Jesus’ command, recorded in Matthew 5, to “love your enemies, and pray for those who persecute you.”

In particular, Naghmeh has relied fully on the power of prayer for the release of Saeed.

“We are asking our listeners to join us in prayer for the release of Saeed,” said The Bridge Radio’s General Manger Robert Taylor. “Please pray during the radio interview with Naghmeh and during the pray vigil to follow later on Monday night, and keep praying until he is released, and is back home with his family. His story needs to be told and prayed for, please help get Pastor Saeed released.”

Hundreds of Christians are expected to join the prayer vigil at Calvary Chapel in Old Bridge, N.J. “I had the opportunity to meet with Naghmeh this week,” said Lloyd Pulley, Senior Pastor of Calvary Chapel in Old Bridge, N.J. “I know one thing to be true above all – here is a woman who has done everything in her human power to fight for the release of Saeed. Now we, the church of Jesus Christ, will join her in what we know is our greatest supernatural power – prayer.”

Naghmeh and Saeed have two children, Rebekka, 9, and Jacob, 7. They have not seen their father since they were 5 and 3 respectively. 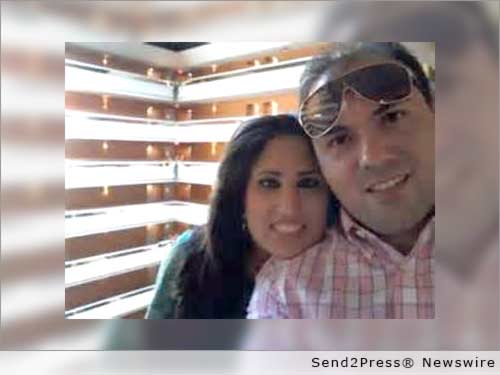 NEWS ARCHIVE NOTE: this archival news content, issued by the news source via Send2Press Newswire, was originally located in the Send2Press® 2004-2015 2.0 news platform and has been permanently converted/moved (and redirected) into our 3.0 platform. Also note the story “reads” counter (bottom of page) does not include any data prior to Oct. 30, 2016. This press release was originally published/issued: Tue, 22 Sep 2015 07:00:19 +0000

View More Broadcasting and Podcasting News
"We are asking our listeners to join us in prayer for the release of Saeed," said The Bridge Radio's General Manger Robert Taylor. "Please pray during the radio interview with Naghmeh and during the pray vigil to follow later on Monday night."

ABOUT THE NEWS SOURCE:
The Bridge Christian Radio Network

The Bridge Christian Radio, Bridgelight, LLC is a radio ministry of Calvary Chapel Old Bridge, N.J. The Bridge is a Christian radio station with the mission of reaching souls with the life-changing message of the Gospel of Jesus Christ. Designed with you in mind, and safe for your entire family, The Bridge brings you solid Bible teaching, including an extraordinary lineup of the nation’s best speakers and teachers. Listener supported and commercial free, The Bridge is your constant stream of living water in an uncertain and ever changing world, bringing you encouragement and hope for today.

LEGAL NOTICE AND TERMS OF USE: The content of the above press release was provided by the “news source” The Bridge Christian Radio Network or authorized agency, who is solely responsible for its accuracy. Send2Press® is the originating wire service for this story and content is Copr. © The Bridge Christian Radio Network with newswire version Copr. © 2015 Send2Press (a service of Neotrope). All trademarks acknowledged. Information is believed accurate, as provided by news source or authorized agency, however is not guaranteed, and you assume all risk for use of any information found herein/hereupon.