“I’m finally out,” Thomas said. “I was tired of the stress and people forcing me to do things I don’t want to do. I’m tired of people trying to pressure me to keep doing it when I don’t have to do it. I want to live a normal life like everyone else.”

Thomas – who prefers to be called by her real name, Diane – said her fiance, Dr. Robert Martin of Arkansas, has worked with her extensively to help her transition to a normal life. Dr. Martin supports Thomas financially. He said she has a very small amount saved up in an account. Dr. Martin said he struggled to emancipate Thomas from having to work in a brothel. It was something she no longer wanted to do – but out of financial necessity had no choice but to do.

“The conditions at the brothel where she was working were prison-like with two week, 24/7 lockdowns,” Dr. Martin said. “It was an existence for her that became more and more unbearable, mentally and physically. She wanted to leave, but the money she was making for them was an incentive for them to keep her in it.”

The two originally met when Martin was trying to help another legal courtesan escape the sex industry a few years ago, although that woman eventually returned to prostitution.

To read the story in its entirety, access the following story on Ben Tinsley’s news blog (SFW): https://btinsleyreporter.wordpress.com/2014/11/08/retired-porn-star-sunset-thomas-escapes-life-of-prostitution/. 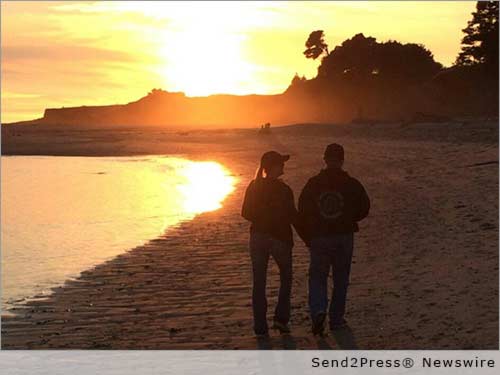 NEWS ARCHIVE NOTE: this archival news content, issued by the news source via Send2Press Newswire, was originally located in the Send2Press® 2004-2015 2.0 news platform and has been permanently converted/moved (and redirected) into our 3.0 platform. Also note the story “reads” counter (bottom of page) does not include any data prior to Oct. 30, 2016. This press release was originally published/issued: Mon, 17 Nov 2014 15:05:18 +0000

ABOUT THE NEWS SOURCE:
Ben Tinsley

Ben Tinsley basically grew up in and around a Fort Worth, Texas newsroom. He has worked over 25 years as an "in the trenches" hard news reporter at newspapers in over four states. During that time, he also has worked in journalism mediums such as television and radio. Tinsley specializes in crime and criminal justice coverage — but he has worked every beat a newsroom has to offer. Tinsley, a long-time participant and contributor to the annual North Texas "Play Pageant of the Nativity," wrote, directed and co-produced "Heart of Christmas, The Secret History of The Littlest Wiseman."

LEGAL NOTICE AND TERMS OF USE: The content of the above press release was provided by the “news source” Ben Tinsley or authorized agency, who is solely responsible for its accuracy. Send2Press® is the originating wire service for this story and content is Copr. © Ben Tinsley with newswire version Copr. © 2014 Send2Press (a service of Neotrope). All trademarks acknowledged. Information is believed accurate, as provided by news source or authorized agency, however is not guaranteed, and you assume all risk for use of any information found herein/hereupon.