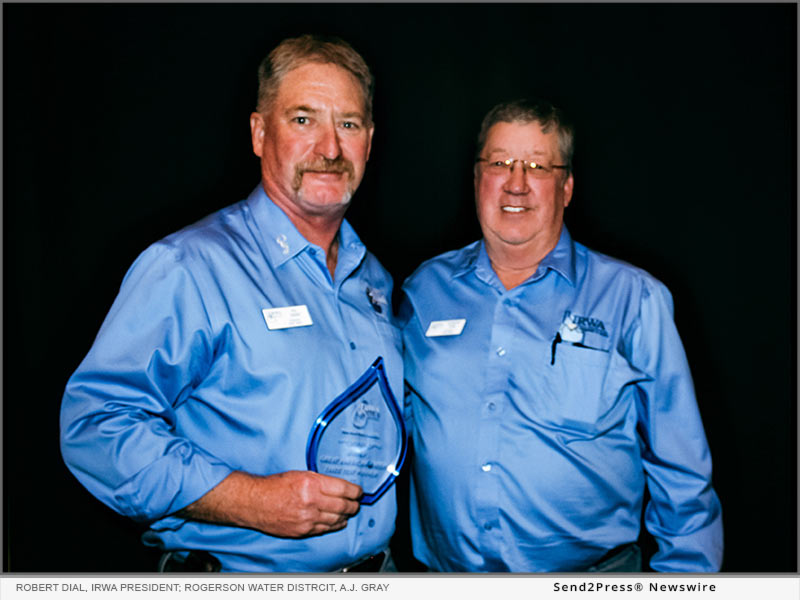 The other finalists were the City of American Falls, the 2021 taste test winners, and the City of Hagerman.

IRWA will send a representative of Rogerson Water District to Washington D.C. with their utility system’s drinking water to compete against the other states’ rural water association winners in a nationwide contest, The Great American Water Taste Test, which will take place in February 2023 as part of the Rural Water Rally.

Finalists were selected in a preliminary round. The final round was judged by a panel of experts which included Jami Delmore, Department of Environmental Quality; Johanna Bell, Association of Idaho Cities; and David Baird, Executive Board President for the National Rural Water Association.

Judges rated each water sample based on its clarity, bouquet, and taste. Each of the judges commended the quality of water and noted the difficulty in choosing the best tasting water in the state.

The representative from Rogerson Water District, A.J. Gray was honored to accept this award on behalf of the district.

This is the 2nd time Rogerson Water District will have competed at the national level. In 2014, the district was awarded the Best Tasting Water in Idaho and earned the nationally coveted silver Medal award in 2015 for the Great American Water Taste Test in Washington D.C.

Idaho Rural Water Association (IRWA) is a 501(c)(3) non-profit corporation providing training and technical assistance to drinking water and wastewater utility systems in Idaho with populations under 10,000. IRWA is currently comprised of over 365 direct member systems in Idaho. These members elect a seven-member Board of Directors that volunteer their time to govern the Association.

LEGAL NOTICE AND TERMS OF USE: The content of the above press release was provided by the “news source” Idaho Rural Water Association or authorized agency, who is solely responsible for its accuracy. Send2Press® is the originating wire service for this story and content is Copr. © Idaho Rural Water Association with newswire version Copr. © 2022 Send2Press (a service of Neotrope). All trademarks acknowledged. Information is believed accurate, as provided by news source or authorized agency, however is not guaranteed, and you assume all risk for use of any information found herein/hereupon.