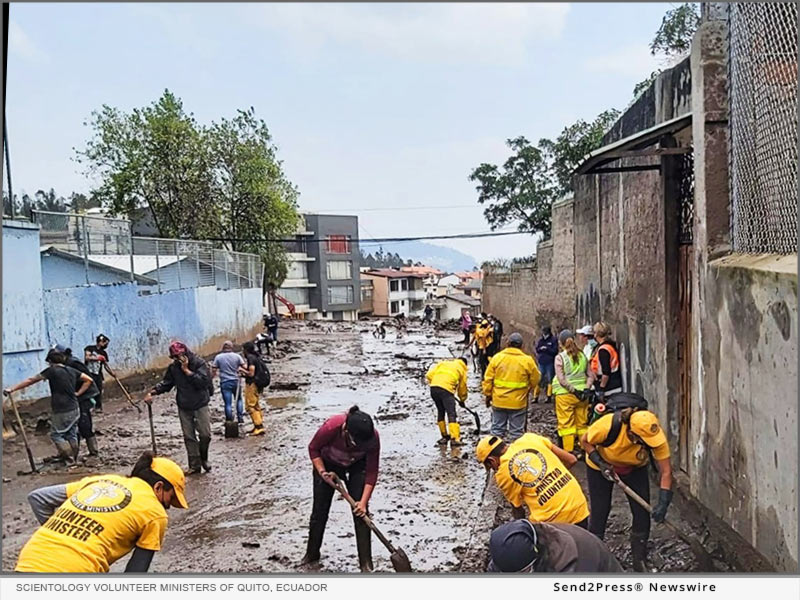 The worst downpour in nearly two decades unleashed a landslide on Quito’s La Gasca and La Comuna neighborhoods January 31 to February 1. A torrent of water, mud, rock and debris crashed down the slopes of Pichincha Volcano, toppling houses and killing 24. Waves of mud lifted motorcycles and cars and swept them away.

Scientology Volunteer Ministers coordinated with officials, disaster response specialists Los Topos Azteca, and other emergency personnel who are working to help those affected by the disaster.

With the whole area engulfed in mud, Volunteer Ministers in their bright yellow T-shirts grabbed shovels and worked with cleanup crews to clear the roads.

They distributed clothing donated by a local factory to families who lost their possessions in the disaster. They brought donated food and supplies to victims and rescue crews.

The Volunteer Ministers of Ecuador headquarters is the Church of Scientology Mission of Quito.

Their motto is, no matter the circumstances, “Something can be done about it.”