'Human Rights must be made a fact, not an idealistic dream.' - Scientology Founder L. Ron Hubbard 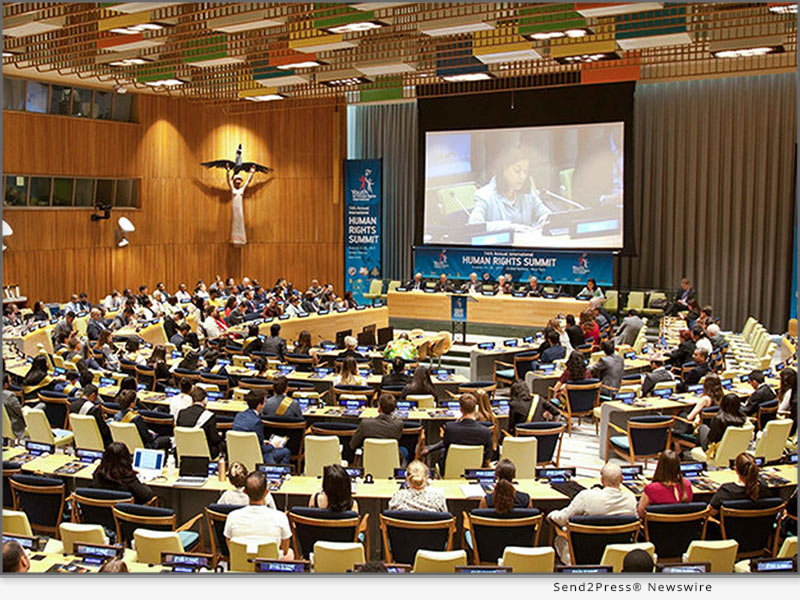 In a world assaulted daily by news of human trafficking, war, genocide, ecological catastrophes, poverty and famine, there can be little doubt of the need for the full implementation of the UDHR everywhere.

In his Human Rights Day Message, UN Secretary-General António Guterres urged “Member States, civil society, the private sector and others to put human rights at the heart of efforts to reverse today’s damaging trends.” He further pointed out that “Human rights are the foundation for human dignity … They reflect the most fundamental thing we share — our common humanity.”

In the preamble to the UDHR, the United Nations called upon all member countries to publicize its text and “to cause it to be disseminated, displayed, read and expounded principally in schools and other educational institutions, without distinction based on the political status of countries or territories.”

Creating a world where human rights are known and protected starts with effective educational programs that reach across all cultural and geographic boundaries.

Scientology Churches hold seminars, conferences and open house events to raise awareness of the UDHR and engage their communities in programs to promote its full implementation.

Through the support of the Church of Scientology and Scientologists, these educational materials are available free of charge to anyone wishing to use them to educate others on human rights.

Human rights advocates, teachers and community leaders find Youth for Human Rights International and United for Human Rights online and adopt the programs, using them to create tremendous impact in their areas.

From the Gambia to India and from Guatemala to Taiwan, these programs change lives. The impact of these advocates and the history and activities of the campaigns are documented in episodes of Voices for Humanity, an original series on the Scientology Network.

Since the Scientology Network launched with a special episode featuring Scientology ecclesiastical leader Mr. David Miscavige, these episodes have been viewed in 240 countries and territories worldwide in 17 languages. Broadcast from Scientology Media Productions, the Church’s global media center in Los Angeles, the Scientology Network is available on DIRECTV Channel 320 and can be streamed at Scientology.tv, on mobile apps and via the Roku, Amazon Fire and Apple TV platforms.