Send2Press › Wire › Religion and Churches › Scientology Network: How One Man Helps Imbue His Country with a Culture of Human Rights

Scientology Network: How One Man Helps Imbue His Country with a Culture of Human Rights

LOS ANGELES, Calif., Jan. 13, 2022 (SEND2PRESS NEWSWIRE) — In an episode of “Voices for Humanity” on the Scientology Network, Braulio Vargas exposes a hidden side of Costa Rica with an eye-opening account of the problems plaguing many of its citizens—from human trafficking to homelessness. His work is raising awareness of human rights and creating change across the nation. 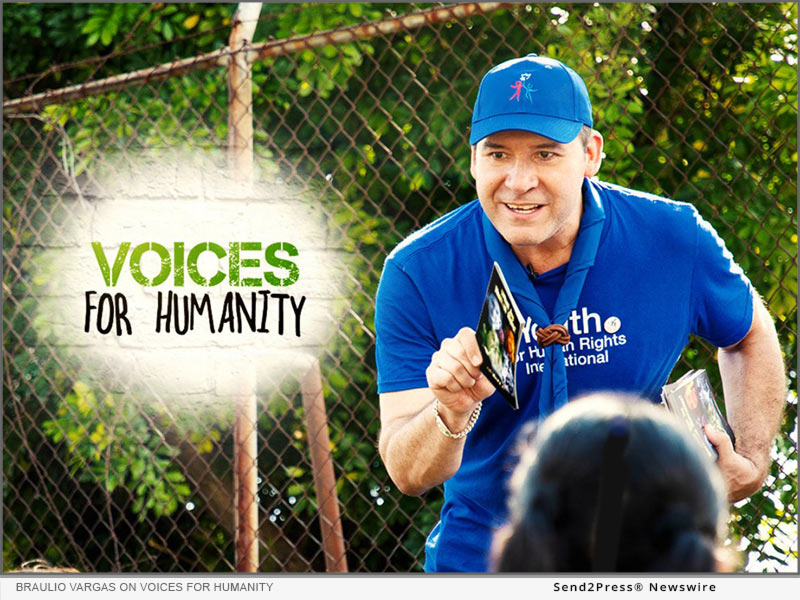 PHOTO CAPTION: Braulio Vargas is fighting for the rights of his people. Watch his episode of “Voices for Humanity” on the Scientology Network.

“Costa Rica inspired the peace agreements that ended the Cold War in Central America, bringing stability to our region,” says Vargas, Executive Director of Youth for Human Rights Costa Rica. It is a beautiful country—a veritable paradise. But 22 percent of the population lives in poverty and human trafficking victims as young as 5 are sold into slavery in the sex trade. “This is the real Costa Rica,” he says, “but there’s hope. Human Rights is the answer. And my goal is to bring tolerance and peace through education.”

Vargas put himself through school to become a lawyer so he could help restore rights to those for whom they had been denied. But progress was slow. And when he learned of Youth for Human Rights International, he realized this program contained the necessary component for raising the quality of life across his nation. Youth for Human Rights International educates people on the Universal Declaration of Human Rights. And uninformed people who don’t know their rights are easily abused.

Youth for Human Rights International materials help people of all ages understand the 30 rights enshrined in the Universal Declaration of Human Rights. Creating a world where human rights are known and protected starts with effective educational programs that reach across all cultural and geographic boundaries.

Beginning his work with Youth for Human Rights in 2014, Vargas embarked on a campaign to educate the entire nation on human rights—from farmhands to kids, whether attending school or living on the streets.

His drive to infuse human rights into Costa Rican culture scored when the national soccer federation joined his team, promoting human rights on a massive scale.

Vargas’ work has resulted in an important milestone. With the help of Youth for Human Rights International and the support of the Church of Scientology Mission of Costa Rica, in August 2021, the Legislative Assembly of Costa Rica passed into law a bill mandating human rights education in schools throughout the country.

Caption: Braulio Vargas is fighting for the rights of his people. Watch his episode of “Voices for Humanity” on the Scientology Network.