LOS ANGELES, Calif., Aug. 31, 2021 (SEND2PRESS NEWSWIRE) — On International Overdose Awareness Day, a full day of drug-prevention programming on the Scientology Network provides solutions at the grassroots level. The Church of Scientology International invites parents, educators and civic and community leaders wishing to make a difference about the drug overdose crisis to see how leaders in the field of drug prevention are making an impact on this urgent issue. 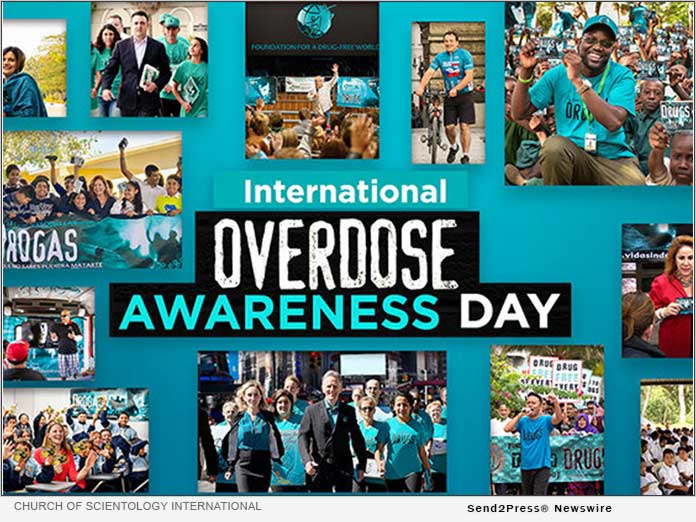 Beginning at 5:30 a.m. EDT on International Overdose Awareness Day, Scientology Network is airing shows on how leaders in the field of drug prevention are making a difference, using the Truth About Drugs materials of Foundation for a Drug-Free World.

“Voices for Humanity” episodes feature drug prevention heroes from across the globe:

Learn how to use the Truth About Drugs program to save lives. Visit the Scientology Network on International Overdose Awareness Day.

The Scientology Network debuted March 12, 2018. Since launched with a welcome by Scientology ecclesiastical leader Mr. David Miscavige, the Scientology Network has been viewed in 240 countries and territories worldwide in 17 languages. Satisfying the curiosity of people about Scientology, the network takes viewers across six continents, spotlighting the everyday lives of Scientologists, showing the Church as a global organization, and presenting its social betterment programs that have touched the lives of millions. The network also showcases documentaries by independent filmmakers who represent a cross-section of cultures and faiths, but share a common purpose of uplifting communities.