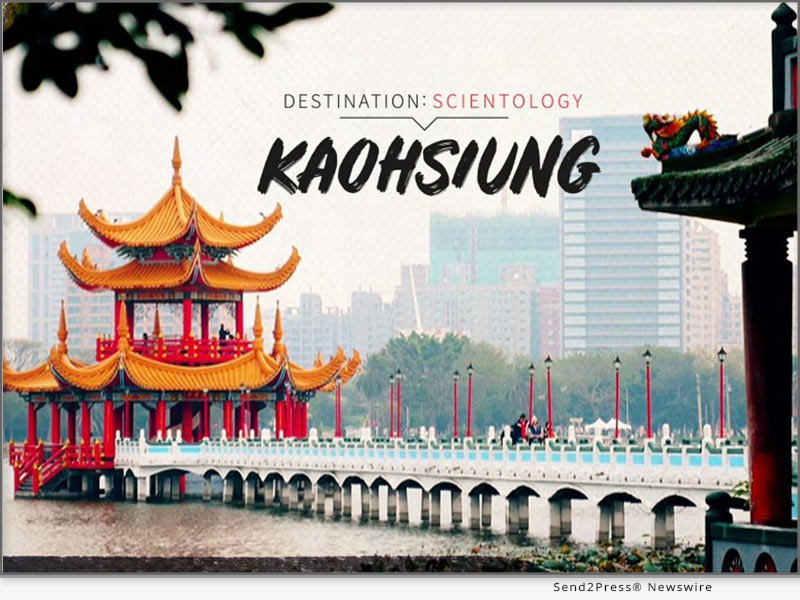 Since its dedication by Scientology ecclesiastical leader Mr. David Miscavige in December 2013, the Church of Scientology Kaohsiung has seen to the spiritual growth of its parishioners while leading a movement to preserve Taiwan’s culture and address social issues that impact the lives of the Taiwanese.

In an episode of Destination Scientology on the Scientology Network, viewers gain an insight into the values and goals of the people of Taiwan and the staff and parishioners of the Church. And they see how the Church forwards the spirit and traditions of their country.

“L. Ron Hubbard came to Asia when he was very young and he studied many other religions here,” says Executive Director Dr. Chih-Yuan (Oliver) Hsueh in the episode. “So for Scientologists all over the world, Asia is very special and a key part of Scientology.”

Hseuh describes how all the staff of his Church are united in the common goal: to make a safe and happy society. This is why they are so committed to the use of humanitarian programs sponsored by the Church.

Scientologists volunteer in schools in Kaoshiung and in communities throughout the island, educating youth on the truth about drugs, raising awareness of the Universal Declaration of Human Rights, and promoting common-sense values and life tools contained in The Way to Happiness, the common-sense guide to better living written by humanitarian and Scientology Founder L. Ron Hubbard.

Year after year, the Taiwan Ministry of the Interior has acknowledged the work of Taiwan Scientologist by presenting the Church with the annual Meritorious Religious Group Award.

“It’s really about giving back,” says one of the staff members interviewed in the documentary. “It’s really about what I can bring back to the community, what I can represent for my family. I could say it’s ‘the spirit of Taiwan’—to put that magic touch in everybody’s life.”

Destination Scientology is an original series airing on the Scientology Network at DIRECTV channel 320 and streaming at www.Scientology.tv, on mobile apps and via the Roku, Amazon Fire and Apple TV platforms. Episodes take viewers inside Scientology Churches across the globe, where they discover what makes each Church unique, the diversity of Scientology Churches, and the cooperation that weaves each into the local community fabric.