KAOHSIUNG, Taiwan and LOS ANGELES, Calif., Jan. 23, 2023 (SEND2PRESS NEWSWIRE) — The Church of Scientology of Kaohsiung embarks on the Year of the Rabbit with the wish that the year brings happiness, prosperity, good fortune and peace to all. 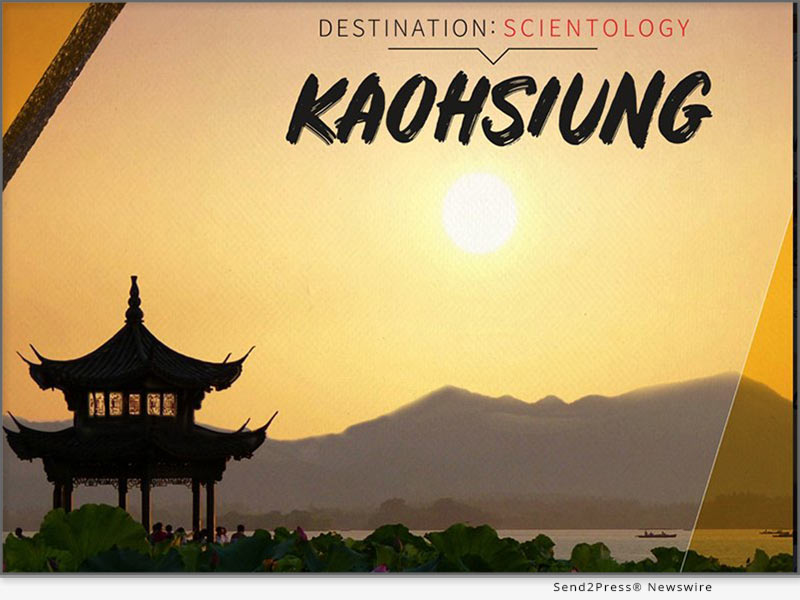 Image Caption: Join the Church of Scientology Kaohsiung in its celebration of the New Year with their episode of Destination: Scientology on the Scientology Network.

They work to accomplish this wish, as they have since the Church’s dedication by Scientology ecclesiastical leader Mr. David Miscavige in December 2013, by seeing to the spiritual growth of their parishioners, honoring Taiwan’s culture, and addressing social issues that impact the lives of the Taiwanese.

In an episode of “Destination: Scientology” on the Scientology Network, staff and members of the congregation share their love of the traditions of their country and its values and goals.

“Chinese New Year is a time when all family members come together to wish each other good luck,” says one of the staff interviewed in the documentary. And 15 days later they celebrate Lantern Festival, where the lanterns symbolize a new beginning with the hope for a brighter future.

The Church of Scientology of Taiwan embraces its responsibility for preserving the traditional Eastern culture for the next generation while uplifting the family and society in the true spirit of Taiwan.

Scientologists volunteer in schools in Kaohsiung and throughout the island, educating youth on the truth about drugs, raising awareness of the Universal Declaration of Human Rights, and promoting values and life tools contained in The Way to Happiness, the common-sense guide to better living written by Scientology Founder L. Ron Hubbard.

Year after year, the Taiwan Ministry of the Interior has acknowledged the work of Taiwan Scientologists by presenting the Church with the annual Meritorious Religious Group Award.

Destination: Scientology is an original series airing on the Scientology Network at DIRECTV channel 320 and streaming at Scientology.tv, on mobile apps and via the Roku, Amazon Fire and Apple TV platforms. Episodes take viewers inside Scientology Churches across the globe, where they discover what makes each Church unique, the diversity of Scientology Churches, and the cooperation that weaves each into the local community fabric.

CAPTION: Join the Church of Scientology Kaohsiung in its celebration of the New Year with their episode of Destination: Scientology on the Scientology Network.

LEGAL NOTICE AND TERMS OF USE: The content of the above press release was provided by the “news source” Church of Scientology International or authorized agency, who is solely responsible for its accuracy. Send2Press® is the originating wire service for this story and content is Copr. © Church of Scientology International with newswire version Copr. © 2023 Send2Press (a service of Neotrope). All trademarks acknowledged. Information is believed accurate, as provided by news source or authorized agency, however is not guaranteed, and you assume all risk for use of any information found herein/hereupon.