BOULDER, Colo., July 26, 2016 (SEND2PRESS NEWSWIRE) — TeamSnap, the leading tool for organizing and communicating every aspect of active sports life, today announced that a milestone 1 million teams and groups now use its team management apps, both online and mobile, to streamline their activities. 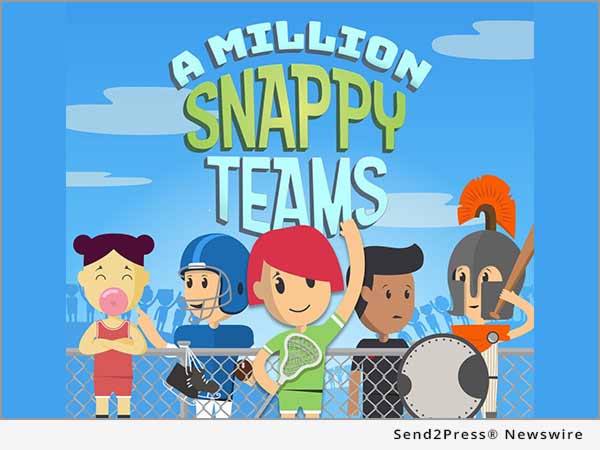 Coaches, administrators, players and parents use TeamSnap to make organizing any sport or activity as simple as click, tap and go. The sports team management app innovator has added a million customers since announcing in April that 10 million players, parents, coaches and administrators use TeamSnap in 196 countries, and thousands more are joining daily. In addition to individual teams and groups, more clubs, leagues and athletic programs are turning to TeamSnap every day for top-notch league and club management software. TeamSnap’s club and league management software includes professional website development, online registration, effective communication tools, scheduling assistance and general management that saves time and sanity.

“TeamSnap provides the solution for every step of the sports season journey for individual teams as well as clubs, leagues and associations. We have the tools organizations need: real-time communication, stats and scores, online registration and schedules,” said TeamSnap CEO and Co-Founder Dave DuPont. “With our team management market dominance, our rich database of player and parent information and our constant customer engagement, we are rapidly becoming the unifying sports team platform for sports-related products and services.”

The company’s goal of engaging customers before, during and after the game is making TeamSnap the must-have brand people turn to many times a day for every kind of sports team activity. Active users interact with their team, group or club through TeamSnap an average of 40 times per month, and its native mobile apps have been a particular hit with almost 2 million downloads. The iOS app has a 4.7 out of 5 customer rating in the App Store and consistently appears in the Top 10 Free Sports Apps category, and the Android app has a 4.1 out of 5 rating, with more than 2,000 five-star ratings.

About TeamSnap:
Founded in 2009 and headquartered in Boulder, Colo., TeamSnap has taken the organization of youth, recreational and competitive sports into the 21st century. Ten million coaches, administrators, players and parents use TeamSnap’s web and smartphone apps to sign up, schedule, communicate and coordinate everything for the team, the club and the season. TeamSnap makes organizing sports as simple as click, tap and go.

View More Sports and Activities News
"TeamSnap provides the solution for every step of the sports season journey for individual teams as well as clubs, leagues and associations. We have the tools organizations need: real-time communication, stats and scores, online registration and schedules," said TeamSnap CEO and Co-Founder Dave DuPont.