"This is an extremely prestigious award and being named a finalist is an honor," DuPont said. "The honor, however, is really my team's. I have only made it this far in the competition because of their efforts and accomplishments, and I thank them."

BOULDER, Colo., May 12, 2016 (SEND2PRESS NEWSWIRE) — TeamSnap, the leading tool for organizing and communicating every aspect of active sports life, today announced that its CEO and co-founder, Dave DuPont, was named a finalist for the EY Entrepreneur Of The Year® 2016 Award in the Mountain Desert Region which includes Colorado, Arizona and New Mexico.

This year marks the 30th anniversary of the EY Entrepreneur Of The Year Program, which recognizes entrepreneurs in over 145 cities in more than 60 countries throughout the world who demonstrate excellence and extraordinary success in such areas as innovation, financial performance and personal commitment to their businesses and communities.

“This is an extremely prestigious award and being named a finalist is an honor,” DuPont said. “The honor, however, is really my team’s. I have only made it this far in the competition because of their efforts and accomplishments, and I thank them.”

As a dedicated team athlete and the son of a career military man, Dave DuPont learned early the value of tenacity, adaptability and teamwork. He carried those lessons into his early career as an oil field engineer in Africa, honed them through leadership roles in the computer industry and made them a centerpiece of TeamSnap, the company he founded in 2009 to help coaches and managers easily run their teams.

Under Dave’s leadership, TeamSnap has grown to 75 employees and raised more than $22 million in investor funding. Now, with 10 million addicted users and 10,000 more joining daily, TeamSnap has become the world’s leading communication and coordination platform for sports teams, clubs and leagues. Part of the success of the company is due to Dave’s leadership style, emphasizing honesty, transparency and respect. The company shares information to an unusual degree and encourages active participation in decision-making at all levels. He strongly pushes himself and his management team to walk the talk, and is rewarded by a highly invested and loyal team dedicated to success.

About TeamSnap:
Founded in 2009 and headquartered in Boulder, Colo., TeamSnap has taken the organization of youth, recreational and competitive sports into the 21st century. Ten million coaches, administrators, players and parents use TeamSnap’s web and smartphone apps to sign up, schedule, communicate and coordinate everything for the team, the club and the season. TeamSnap makes organizing sports as simple as click, tap and go. For more information, please visit https://www.teamsnap.com/.

About EY:
EY is a global leader in assurance, tax, transaction and advisory services. The insights and quality services we deliver help build trust and confidence in the capital markets and in economies the world over. We develop outstanding leaders who team to deliver on our promises to all of our stakeholders. In so doing, we play a critical role in building a better working world for our people, for our clients and for our communities.

PHOTO Caption: Dave DuPont, CEO and Co-Founder of TeamSnap, was named a finalist for the EY Entrepreneur of the Year 2016 Award. 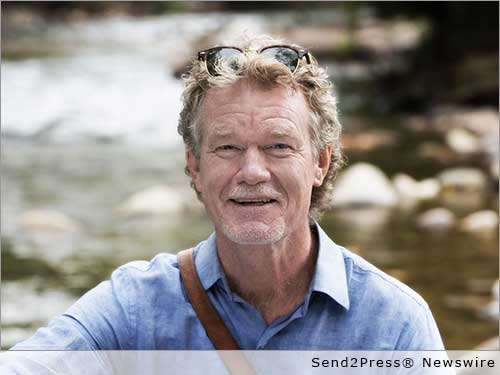 NEWS ARCHIVE NOTE: this archival news content, issued by the news source via Send2Press Newswire, was originally located in the Send2Press® 2004-2015 2.0 news platform and has been permanently converted/moved (and redirected) into our 3.0 platform. Also note the story “reads” counter (bottom of page) does not include any data prior to Oct. 30, 2016. This press release was originally published/issued: Thu, 12 May 2016 15:20:33 +0000

View More Awards and Honors News
"This is an extremely prestigious award and being named a finalist is an honor," DuPont said. "The honor, however, is really my team's. I have only made it this far in the competition because of their efforts and accomplishments, and I thank them."