Green Academy and Wine Tourism Lab - which will enrich the Consortium's activities with new strategic instruments for its members, the region and the community

SOLIGHETTO, Treviso, Italy, Dec. 15, 2022 (SEND2PRESS NEWSWIRE) — At Villa Brandolini, on the occasion of the celebration of the 60th anniversary of the birth of the Consorzio Conegliano Valdobbiadene Prosecco DOCG, two new projects were presented, of which the first, the Green Academy, will be an incubator for research, studies, content and new ideas that will enable producers to work in an ever more structured, consolidated and concrete way for the sustainability of the region. 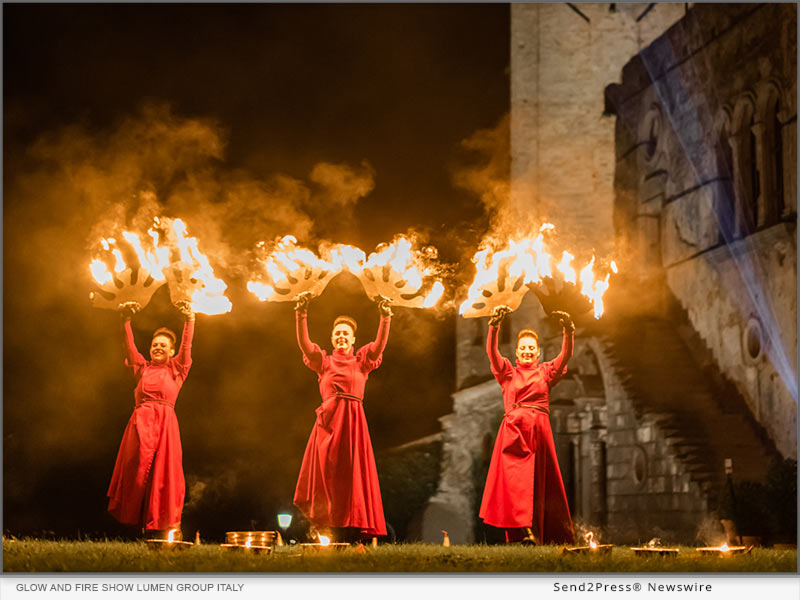 The creation of the Green Academy marks an important point in the continuum that the Consortium has been pursuing for at least a decade, with an eye towards the future and the enhancement and conservation of the environment, of the landscape, and of viticulture.

“We are proud and highly motivated to proceed in this direction: the Green Academy offers a path which will allow us to take full advantage of our knowledge in collaboration with experts in the various sectors that this subject involves,” states the Consortium’s President, Elvira Bortolomiol. She continues: “Our zone and our community are precious gifts, and it is for their benefit that we have the duty to avail ourselves to the best of our ability of our expertise and the resources we have, so as to be able to offer a real contribution to our terroir and also be a point of reference for other regions.”

“Our Green Academy will study the most urgent topics that the global environmental agenda has to deal with, and then tailor them for our zone,” says Diego Tomasi, Director of the Consorzio di Tutela del Conegliano Valdobbiadene Prosecco. “First of all, climate change: we are already working together with Banca Prealpi and the University of Cantabria, with the objective of creating models for forecasting any extreme atmospheric events that may occur in our hills between the present and 2030, 2050 or even 2100.”

A group of internationally renowned Egyptologists has studied, specifically for the Consortium, how the Ancient Egyptians succeeded in cultivating vines in extreme climatic conditions; their research goes as far back as 3000 years B.C.. The complete results, expected in mid-2023, may give concrete clues for putting mitigatory actions into effect on our hillsides.

“But we’re already doing something tangible with regard to drought,” Tomasi adds, “by focusing our attention on recuperating, conserving and reusing rain and spring water.” Indeed, in the 5th tender for our supply chain, which was presented very recently, the Consorzio included a specific, generous sum for financing the creation of small basins designed for collecting water from corrivation; the University of Padua will be responsible for this activity. Moreover, the plan is to recuperate water diverted from the Piave river, an activity which the Consortium is working towards in conjunction with the Municipalities in the Denomination, trade bodies, and the Association for Reclamation of the Left Bank of the Piave.

Another important topic with regards to sustainability is land use, which will be dealt with by the Green Academy thanks to the creation of a permanent observatory. As of today, the area of the Denomination is used 30% for viticulture, 57% for woodland, 9% is destined for other uses and 4% for urban use. There therefore exists a rich biodiversity (one of the reasons that the zone was able to gain recognition from UNESCO), and this must be protected. A feasibility study has already begun, in close cooperation with other partners (the Municipality of Valdobbiadene, Coldiretti, Banca Prealpi, the UNESCO Association), for traffic that totally excludes the transport of goods on large trucks or in traditional rail wagons.

To deal with these subjects, the Consortium has for some time now been reinforcing its know-how, especially in the technical department.

The Consortium’s consolidated activities in terms of environmental health continues, such as the partnership with the Symbola Foundation and updating the Viticultural Protocol. In particular, belonging to Symbola, an organisation that has grouped together for several years now, includes Italy’s outstanding businesses and other bodies to promote their quality and support their sustainable behaviour, is very much in line with the Consortium’s goals.

A further objective of the Consortium is to involve the new generations, to whom the future of this Denomination will be entrusted. That is what lies behind the idea of the Wine Tourism Lab, whose dual objective is to function as a link between the various professional figures in the region and at the same time create greater awareness among young people of the wider opportunities that this zone will offer in the years to come. Not just with wine but – alongside it – also with its landscape, beauty, health, food, leisure and nature; all elements that blend together in a single concept: wine tourism.

The Consortium is therefore taking on the role of promoter of activities aimed at also expressing the quality of our terroir through the cultural and educational development of the generations that will be called upon to run the Conegliano Valdobbiadene zone as a whole. We must have a wider and more far-sighted vision of the Denomination’s potential, while being aware that Conegliano Valdobbiadene Prosecco Superiore DOCG will always represent the flagship of these hills and that it is the wine that will give rise to new economic opportunities.

The Consortium is now laying the foundations for giving the stakeholders in the region increasing competence in dealing with visitors, especially as regards hospitality that highlights the winemaking heart of the region. To achieve this objective, it will be necessary to concentrate on training all the professional figures involved so that the level of what is offered stands out for its high profile and its ability to be constantly in touch with the times.

The Consortium, whose current President is Elvira Bortolomiol, has its headquarters in the village of Solighetto in Pieve di Soligo. It groups together 198 sparkling wine producers, 337 vinifying companies and 3,400 families of vine-growers, all of whom are involved in producing Conegliano Valdobbiadene Prosecco Superiore. It operates principally in three areas: protection and promotion of the product, both in Italy and abroad; encouraging knowledge of the product through educational activities and the organization of events; and relations with the press. It also offers technical assistance to its members, from the vineyard to the winery.

View More Wines and Vineyards News
“We are proud and highly motivated to proceed in this direction: the Green Academy offers a path which will allow us to take full advantage of our knowledge in collaboration with experts in the various sectors that this subject involves,” states the Consortium’s President, Elvira Bortolomiol.

LEGAL NOTICE AND TERMS OF USE: The content of the above press release was provided by the “news source” Consorzio Conegliano Valdobbiadene Prosecco DOCG or authorized agency, who is solely responsible for its accuracy. Send2Press® is the originating wire service for this story and content is Copr. © Consorzio Conegliano Valdobbiadene Prosecco DOCG with newswire version Copr. © 2022 Send2Press (a service of Neotrope). All trademarks acknowledged. Information is believed accurate, as provided by news source or authorized agency, however is not guaranteed, and you assume all risk for use of any information found herein/hereupon.