The American Friends of Capodimonte announce new Senior Fellow, Board Member and opening of 2021 Fellowship application

CHICAGO, Ill., Sept. 24, 2020 (SEND2PRESS NEWSWIRE) — It is with great pleasure that American Friends of Capodimonte (AFC) announce the appointment of Dr. Claire Van Cleave as the AFC Senior Fellow at the Capodimonte Museum in Naples, Italy. The AFC’s unique mission places an American scholar directly inside the staff of an important Italian museum. 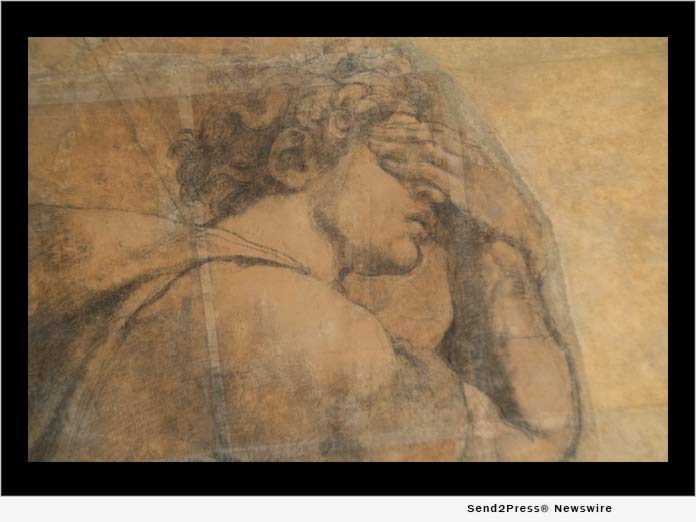 The focus of Dr. Van Cleave’s scholarship will be the approximately fifty works on paper from the Farnese collection. This includes important 16th Century works by Raphael, Michelangelo, Parmigianino and Sofonisba Anguissola. Dr. Van Cleave’s research will complement the Museum’s current campaign to digitize its entire collection.

Dr. Van Cleave, a native of Chicago, is a writer and lecturer on Renaissance art and a specialist on the drawings of the 15th Century Italian painter Luca Signorelli. Her scholarly publications include: “Master Drawings of the Renaissance” (London, 2007), for the British Museum and, as co-author, of “Italian Master Drawings from the Princeton University Art Museum” (Princeton, 2014). She has also curated exhibitions such as the monographic exhibition devoted to Signorelli at the National Gallery of Umbria in Perugia, Italy in 2012. Her Senior Fellowship begins in September. Information: http://www.americanfriendsofcapodimonte.info/fellows

“The AFC is committed to supporting scholarship on the Capodimonte’s extraordinary collection and making the treasures of the Museum accessible to an English-speaking audience,” said AFC President, Nancy Vespoli. “Claire came to us with a project that was perfectly attuned to our mission and impossible to resist.”

The Board of the AFC is also pleased to announce that it is receiving applications for the 2021-22 AFC Post-Doctoral Fellowship, the only fellowship for an American art historian in an Italian museum. Information: http://www.americanfriendsofcapodimonte.info/afc-fellowship-about. Dr. James P. Anno served as the first AFC Fellow from 2017-2019 and was recently appointed Associate Curator of European Art at the Museum of Fine Arts, Houston.

In July, Gretchen A. Hirschauer was named to the AFC Board. Gretchen is a Curator of Italian and Spanish Paintings at the National Gallery of Art in Washington, D.C. During her long tenure, Gretchen has curated many exhibitions with accompanying catalogues, including Flowering of Florence: Botanical Art of the Medici in 2002, Luis Melendez: Master of the Spanish Still Life in 2009, Piero di Cosimo: the Poetry of Painting in Renaissance Florence in 2015, and Andrea del Verrocchio: Sculptor and Painter of Renaissance Florence in 2019.

“I sincerely thank the American Friends of Capodimonte who offer us the possibility of this international collaboration from which the museum will benefit enormously,” said Sylvain Bellenger, Director of the Museum and Royal Park of Capodimonte. “The AFC has increased awareness of the Museum with an American audience and given us the opportunity to have important American scholars working alongside our curators.”

Referred to as an “under-visited treasure trove” by the New York Times in 2019 and “the most underrated museum in Italy” by Condé Nast Traveler in 2016, Capodimonte was built in 1738 by King Charles of Bourbon (later King Charles III of Spain). It sits atop the highest hill above the ancient city of Naples, a UNESCO World Heritage site. The core of the collection is the Farnese collection of paintings and sculpture, formed in the Sixteenth and Seventeenth centuries by Pope Paul III and his Farnese relatives, later inherited by Charles of Bourbon.

Learn more about Capodimonte at: http://www.museocapodimonte.beniculturali.it/

ABOUT AMERICAN FRIENDS OF CAPODIMONTE (AFC):

Founded in 2016, American Friends of Capodimonte (AFC) is a 501 (c) (3) non-profit organization created to bring awareness about one of the world’s greatest museums to an English-speaking audience. AFC members receive exclusive access to Capodimonte Museum and Royal Park, U.S. events related to the museum’s collection and priority on custom trips to Naples and beyond.

For information about AFC events and membership, press inquiries, or to set up an interview with Sylvain Bellenger, Director of the Museum and Royal Park of Capodimonte, please contact AFC President, Nancy Vespoli, at americanfriendsofcapodimonte@gmail.com or 203-887-9872.

View More Fine Art and Artists News
"I sincerely thank the American Friends of Capodimonte who offer us the possibility of this international collaboration from which the museum will benefit enormously," said Sylvain Bellenger, Director of the Museum and Royal Park of Capodimonte.

More from American Friends of Capodimonte

ABOUT THE NEWS SOURCE:
American Friends of Capodimonte

American Friends of Capodimonte (AFC) is a 501(c)(3) non-profit organization created to bring awareness about one of the world's greatest museums to an English-speaking audience. The AFC's Fellowship is the only U.S. program to offer young American art historians the experience of working in an Italian museum. AFC members receive exclusive access to Capodimonte Museum and Royal Park, U.S. events related to the museum's collection and priority on custom trips to Naples and beyond.

LEGAL NOTICE AND TERMS OF USE: The content of the above press release was provided by the “news source” American Friends of Capodimonte or authorized agency, who is solely responsible for its accuracy. Send2Press® is the originating wire service for this story and content is Copr. © American Friends of Capodimonte with newswire version Copr. © 2020 Send2Press (a service of Neotrope). All trademarks acknowledged. Information is believed accurate, as provided by news source or authorized agency, however is not guaranteed, and you assume all risk for use of any information found herein/hereupon.