CHICAGO, Ill., Sept. 12, 2019 (SEND2PRESS NEWSWIRE) — It is with great pleasure that the American Friends of Capodimonte (AFC) announce the first U.S. traveling exhibition of 40 Renaissance and Baroque masterpieces, most of which have never been viewed by an American audience, from the Capodimonte Museum in Naples, Italy; the royal palace built in 1738 by Charles of Bourbon, King of Naples and Sicily (later King Charles III of Spain). 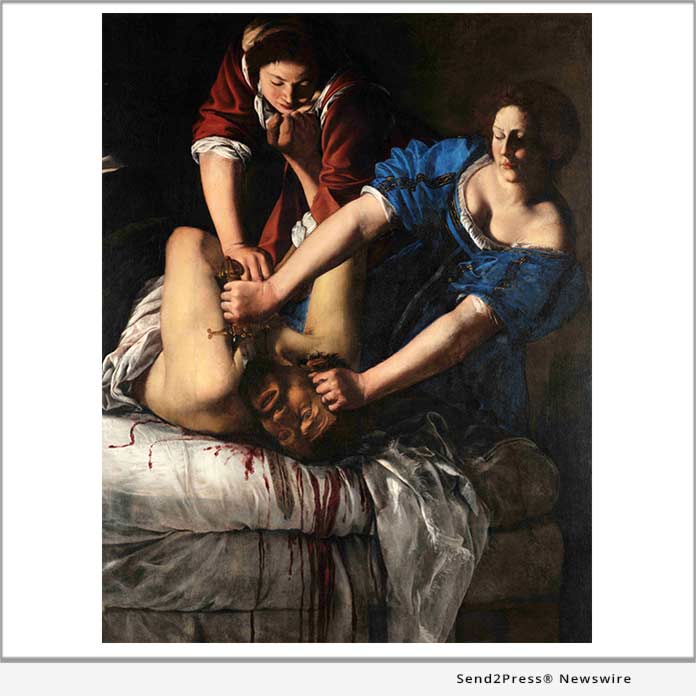 “Flesh & Blood: Italian Masterpieces from the Capodimonte Museum” will open October 17, 2019 and run through January 26, 2020 at the Seattle Art Museum (SAM) in Washington state before traveling to Fort Worth’s Kimbell Art Museum in Texas from March 1, 2020 to June 14, 2020.

“This spectacular exhibit is also a testament to the strong cooperation between Italy and the United States and some of their greatest cultural institutions which tirelessly endeavored to renew the bonds of our deep cultural ties by bringing a unique glimpse of Italy to Seattle and Fort Worth,” says Armando Varricchio, Ambassador of Italy to the United States.

“We’re thrilled for SAM to be the only West Coast venue for this powerful exhibition from the extraordinary Capodimonte Museum—our first collaboration with the institution,” says SAM’s Curator of European Painting and Sculpture, Chiyo Ishikawa. Eric M. Lee, director of the Kimbell Museum, says the exhibition’s paintings “embody innovation, exuberance and grandeur–the result of revolutionary painting techniques and dramatic use of light and dark. The works continue to influence artists and inspire art lovers the world over.”

“The joy of Capodimonte,” says the museum’s director Sylvain Bellenger, “is not only the breadth of the collection, but the quality. We have the best of Titian, Parmigianino, Annibale Carracci, not to mention Italian giants unknown to the general public like Schedoni and Preti. This exhibition brings many of these knock-out masterpieces to the United States for the first time.”

EXHIBITION CATALOGUE:
A 160-page illustrated softcover exhibition catalogue, produced in collaboration with the American Friends of Capodimonte Curatorial Fellows, will be available at the Seattle Art Museum and Kimbell Art Museum.

ABOUT CAPODIMONTE MUSEUM:
Referred to as an “under-visited treasure trove” by the New York Times in 2019 and “the most underrated museum in Italy” by Condé Nast Traveler in 2016, Capodimonte was built in 1738 by King Charles of Bourbon. It sits atop the highest hill above the ancient city of Naples, a UNESCO World Heritage site. The core of the collection is the Farnese collection of paintings and sculpture, formed in the sixteenth and seventeenth centuries and inherited by Charles of Bourbon. This fall the museum opens a yearlong exhibition on the oldest opera house in Europe, Naples’ Teatro San Carlo. The exhibition, “Napoli Napoli: Of Lava, Porcelain and Music,” recounts the Bourbon monarchy’s patronage of the arts and sciences during Naples’ golden age.

ABOUT AMERICAN FRIENDS OF CAPODIMONTE (AFC):
American Friends of Capodimonte (AFC) is a 501(c)(3) non-profit organization created to bring awareness about one of the world’s greatest museums to an English-speaking audience. The AFC’s Fellowship is the only U.S. program to offer young American art historians the experience of working in an Italian museum. AFC members receive exclusive access to Capodimonte Museum and Royal Park, U.S. events related to the museum’s collection and priority on custom trips to Naples and beyond.

Media Contact:
For information about AFC events and membership, press inquiries, or to set up an interview with Sylvain Bellenger, Director of the Capodimonte Museum, please contact americanfriendsofcapodimonte@gmail.com.

More from American Friends of Capodimonte

ABOUT THE NEWS SOURCE:
American Friends of Capodimonte

American Friends of Capodimonte (AFC) is a 501(c)(3) non-profit organization created to bring awareness about one of the world's greatest museums to an English-speaking audience. The AFC's Fellowship is the only U.S. program to offer young American art historians the experience of working in an Italian museum. AFC members receive exclusive access to Capodimonte Museum and Royal Park, U.S. events related to the museum's collection and priority on custom trips to Naples and beyond.

LEGAL NOTICE AND TERMS OF USE: The content of the above press release was provided by the “news source” American Friends of Capodimonte or authorized agency, who is solely responsible for its accuracy. Send2Press® is the originating wire service for this story and content is Copr. © American Friends of Capodimonte with newswire version Copr. © 2019 Send2Press (a service of Neotrope). All trademarks acknowledged. Information is believed accurate, as provided by news source or authorized agency, however is not guaranteed, and you assume all risk for use of any information found herein/hereupon.