LOS ANGELES, Calif., Sept. 9, 2016 (SEND2PRESS NEWSWIRE) — Uproar Entertainment is excited to announce the release of “Brown Sheep” by Tamer Kattan. Recorded in front of a live audience at The Comedy Underground in Seattle Washington this CD showcases the exceptional talent of Tamer Kattan who uses his cultural diversity to inform his unique comic views on life, society and the world today. 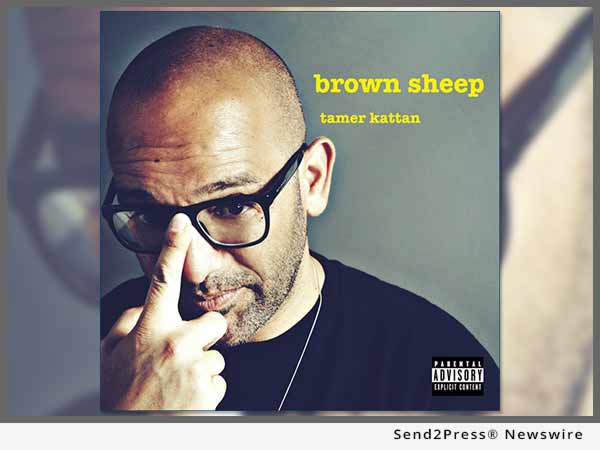 Muslim father, Jewish mother, an American born in Egypt – Tamer Kattan was born an outsider and that’s where he stayed. Tamer quickly became adept at being comfortable in the uncomfortable. Comedy became the weapon of this underdog enabling him to deal with challenges ranging from school yard bullies to an abusive father. His diverse background has given Tamer a deep understanding of the human condition as well as a wealth of material to draw from. His comedy has been described as energetic and enthusiastic with an attitude that is contagious. He is “always aware of his audience…and his comedy is varied, thoughtful and effective.”

Tamer began his comedy career in Los Angeles and New York, but very quickly began to tour internationally. His overseas experiences include tours for the troops in Afghanistan, performing at the American University in Cairo (during the Egyptian revolution) and the Edinburgh fringe in Scotland, where he received three 4 star reviews from international press. Towards the end of 2013, he moved to London for 1 year (following the path of his two biggest comedic influences, Patrice O’Neal and Bill Hicks).

Most recently he was featured on Seth Rogen’s Hilarity for Charity event with Todd Glass and Hannibal Buress, won the 2015 World Series of Comedy and has TV & Radio credits on BBC and SkyTV in the UK as well as on Fox, HULU, HGTV, truTV, Funny or Die and WB in the U.S. Commercial credits include Samsung Galaxy S4 (over 14 million YouTube views) and Whitehouse.gov’s campaign on religious diversity. He is a regular at the world famous Comedy Store, Improv and Laugh Factory in Los Angeles, and when not headlining on the road here in the U.S., Tamer continues to branch out internationally.

Tamer Kattan is one comic you do not want to miss. From the largest comedy festival in the world: “If you see one show in the festival make it this one! Funniest show I have seen in my 11 years in Edinburgh @tamerkattan #Edinburghfringe.”

“Charismatic and charming he completely held the audience through his set & had several members of the crowd literally bent over in hysterics.” – Broadway Baby.

“Of all the comedians we saw, it is Tamer who is a must see. He really steals the show.” – Edinburgh Review.

Uproar Entertainment is committed to recording and promoting today’s most talented comedians. Under the helm of David Drozen, the man who discovered Richard Pryor in early 1970, signed him to his first recording contract, and produced 12 of his albums for the legendary comedy label Laff Records, Uproar nurtures, supports and develops the best comedic talents of our time.

“Brown Sheep” by Tamer Kattan is available on iTunes at https://itun.es/us/gMI6cb.