Send2Press › Wire › Religion and Churches › Wishing Happiness to All, at the Hollywood Christmas Parade

Wishing Happiness to All, at the Hollywood Christmas Parade

HOLLYWOOD, Calif., Dec. 15, 2022 (SEND2PRESS NEWSWIRE) — Once again this year, The Way to Happiness Foundation and the Los Angeles Churches of Scientology extend a wish for happiness to everyone watching the Hollywood Christmas Parade. The two-hour special on the 90th Annual Hollywood Christmas Parade airs on The CW Network Friday, December 16, 2022, at 8 p.m. Eastern and Pacific and 7 p.m. Central. 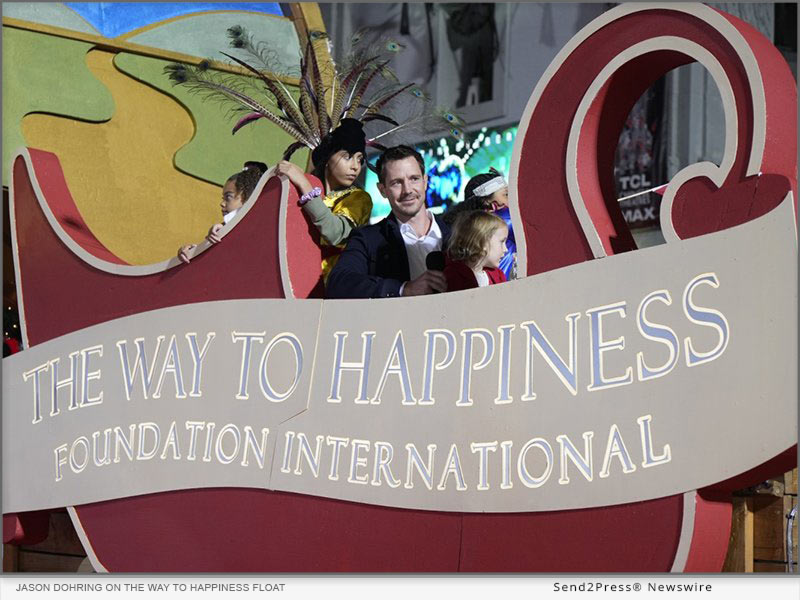 It features celebrities, giant balloons, floats, marching bands, equestrians, classic cars and Santa on his sleigh. And, as it has for three decades, it includes a float on The Way to Happiness, the common-sense guide to better living written by author and humanitarian L. Ron Hubbard. On the float again this year was actor Jason Dohring of “Veronica Mars.”

“The principles in this book have really helped me achieve success as an actor,” says Dohring about The Way to Happiness. “It has also taught me how to be a better father and a more decent person.”

The book contains 21 precepts or principles that, if used, can increase anyone’s chances for happiness. Entirely nonreligious, its precepts may be used by anyone regardless of race, culture or creed to foster kindness, honesty, and the basic skills of living.

A free online course in 17 languages covering each of the 21 precepts is available through The Way to Happiness website.

Immensely popular since its first publication, the book is distributed in 115 languages in 186 nations. It holds a Guinness World Record as the single most-translated nonreligious book.

To uplift every sector of society, the nonprofit, secular The Way to Happiness Foundation International headquarters in Glendale, California, was established as the coordination center for worldwide activities. Through support of the Churches of Scientology and Scientologists, The Way to Happiness and its educational materials and programs are now utilized in every corner of the globe, helping to instill a higher level of honesty, trust and self-respect.

And for more Christmas cheer, all are invited to watch the Holiday Concert on the Scientology Network on DIRECTV 320 and streaming at Scientology.tv, on mobile apps and via the Roku, Amazon Fire and Apple TV platforms.