"Our first few classes have been great," says John Godts. "It doesn't even feel like work. We've done a few sushi making classes for girls' nights out in addition to Indian fare for date night."

ASHEVILLE, N.C., June 10, 2015 (SEND2PRESS NEWSWIRE) — Ready to do a little culinary exploration? Let Cottage Cooking take you down a new path. Cooking classes are given in an intimate 1915 cottage located in downtown Asheville and staff caters to small groups of up to four.

John Godts, owner of the cottage, and Liisa Andreassen, culinary instructor, are the brains behind the concept.

“Like many great ideas, it started over a glass of wine,” Andreassen says. “Friends were asking us to share our recipes and skills, so we figured if they wanted to learn more, others would too.”

Andreassen has a background in catering. She was previously co-owner of “As You Like It” in Naples, Fla. and has been the editor for Grilled, a grilling magazine geared to men, in addition to writing chef profiles and numerous culinary columns. Currently, she has a writing business, but enjoys entertaining and cooking on the side.

Godts enjoys a good meal and provides the venue for the classes in addition to some culinary knowledge too. He hails from Brussels, Belgium, and has a few European specialties to share. He works as a physical therapist at Mission Hospitals, but also enjoys entertaining and cooking.

“Our first few classes have been great,” Godts says. “It doesn’t even feel like work. We’ve done a few sushi making classes for girls’ nights out in addition to Indian fare for date night. These classes are really ideal for small groups who want time to talk, share a meal and learn something to boot. It’s a nice change of pace from going to a restaurant or entertaining at home, because we take care of all the dishes!”

The 1915 cottage boasts a cozy kitchen, wood stove and eclectic flair. There’s even a “secret door” in the kitchen floor.

Cottage Cooking classes start at $50 per person. This includes all food, instruction and recipes. Guests are asked to bring the beverage of their choice. Guests don aprons and cuisine-appropriate music fills the air. The atmosphere is festive and fun. 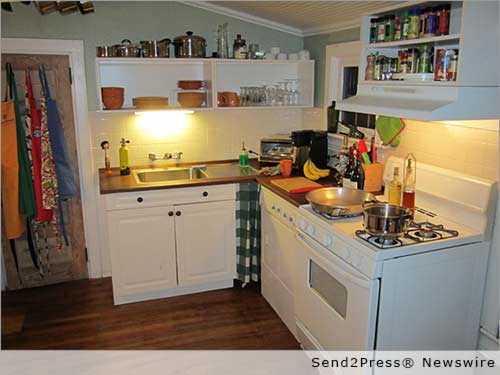 Andreassen and Godts also try to work in historical data and fun facts when they can. For instance, did you know that sushi actually started in China and not Japan?

So, what would you like to learn about? Most Cottage Cooking classes are based on specific requests, but if you need some ideas, they can create a special menu just for you.

Larger groups can be accommodated off site at people’s homes too. 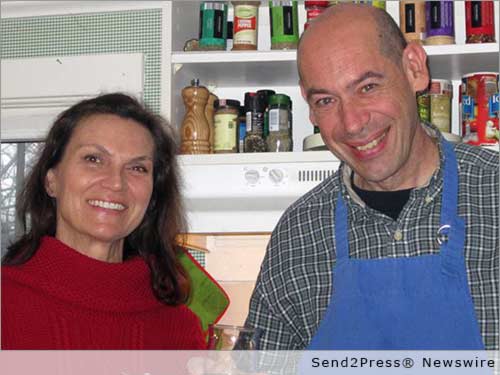 NEWS ARCHIVE NOTE: this archival news content, issued by the news source via Send2Press Newswire, was originally located in the Send2Press® 2004-2015 2.0 news platform and has been permanently converted/moved (and redirected) into our 3.0 platform. Also note the story “reads” counter (bottom of page) does not include any data prior to Oct. 30, 2016. This press release was originally published/issued: Wed, 10 Jun 2015 09:01:44 +0000

View More Business News
"Our first few classes have been great," says John Godts. "It doesn't even feel like work. We've done a few sushi making classes for girls' nights out in addition to Indian fare for date night."

ABOUT THE NEWS SOURCE:
Cottage Cooking

Cottage Cooking is a cooking class business in Asheville, N.C., where their motto is, "Enter as strangers, but leave as friends." John Godts and Liisa Andreassen, owners of Cottage Cooking, had no idea that when they started their cooking class business that there would be such a demand for their services. Cottage Cooking was started to fund the couple's passion for travel. Cooking classes are designed for the home cook and a typical class is designed like a dinner party where guests prepare and eat an appetizer, main course and dessert.

LEGAL NOTICE AND TERMS OF USE: The content of the above press release was provided by the “news source” Cottage Cooking or authorized agency, who is solely responsible for its accuracy. Send2Press® is the originating wire service for this story and content is Copr. © Cottage Cooking with newswire version Copr. © 2015 Send2Press (a service of Neotrope). All trademarks acknowledged. Information is believed accurate, as provided by news source or authorized agency, however is not guaranteed, and you assume all risk for use of any information found herein/hereupon.