Sidney, a 6-10 center who was one of the nation’s most recruited players out of Fairfax High School in 2009, has the distinction of having his name called first by CBA Commissioner and CEO Mike Miller. Sidney’s professional playing experience consists of stints with the Los Angeles Defenders of the NBA’s D-League and the Guaros de Lara in Venezuela.

Sidney, who also starred at Artesia High and was a McDonald’s All American, was taken by the Compton Airmen, coached by Russell Otis, the former Compton Dominguez High School coach, who guided the school to five state championships.

With the second pick of the CBA draft, the Long Beach Shoremen selected Ephraim Ekanem, a 6-7 forward who starred at the Northern Arizona University.

For a complete list of the players selected in the first CBA draft, visit the league’s website: http://www.californiabasketballassociation.com/.

Coaches and general managers as well as officials and staff are in place, the rosters are set, new uniforms are hanging in the locker stalls and the hardwood is freshly painted.

The inaugural California Basketball Association men’s and women’s professional basketball season is here. The league will provide outstanding players the opportunity to play in a highly competitive league at a top notch facility with outstanding officials.

All games will be played on Sundays at the USESS Center, located at 950 S. Central Ave., Compton, CA. 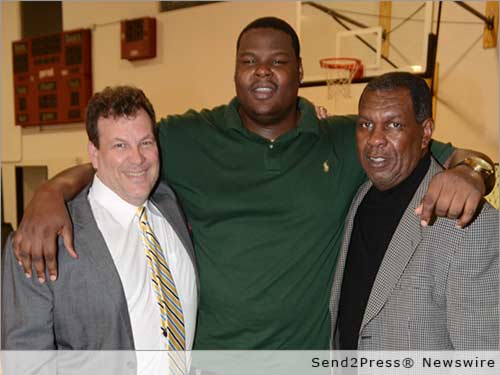 NEWS ARCHIVE NOTE: this archival news content, issued by the news source via Send2Press Newswire, was originally located in the Send2Press® 2004-2015 2.0 news platform and has been permanently converted/moved (and redirected) into our 3.0 platform. Also note the story “reads” counter (bottom of page) does not include any data prior to Oct. 30, 2016. This press release was originally published/issued: Thu, 21 Jan 2016 14:02:35 +0000

LEGAL NOTICE AND TERMS OF USE: The content of the above press release was provided by the “news source” California Basketball Association or authorized agency, who is solely responsible for its accuracy. Send2Press® is the originating wire service for this story and content is Copr. © California Basketball Association with newswire version Copr. © 2016 Send2Press (a service of Neotrope). All trademarks acknowledged. Information is believed accurate, as provided by news source or authorized agency, however is not guaranteed, and you assume all risk for use of any information found herein/hereupon.