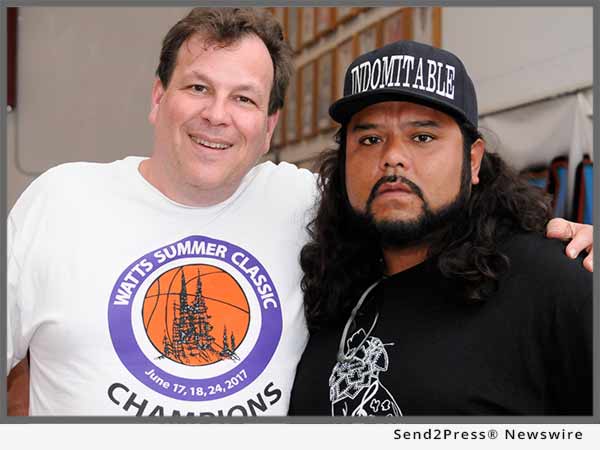 The schedule of games at Crenshaw HS on Saturday morning June 24, 2017 starts with the first semi-final at 10 a.m. between Gardena HS and veteran former college coach Ernie Carr against coaching newcomer Tamao Kawai and his outstanding team from Augustus Hawkins HS from South Central Los Angeles. The loser of this game goes on to play Ed Waters and the famed Crenshaw HS Cougars in the second semi-final at 11 a.m. The winner of the second semi-final game plays the winner of the first semi-final at 12 p.m. for the championship.

CBA Commissioner, Dr. Michael Miller is elated over the quality of teams and talent that will be on display in the Crenshaw HS gym.

He was quoted as saying “Any of these outstanding teams is capable of winning two games Saturday morning to take home the crown of 2017 LA Watts Summer Classic champions.” Commissioner Miller went on to say: “We are also excited about having the finals hosted by Crenshaw HS and express our deep gratitude to principal L. Remon Corley and the rest of the Crenshaw staff for allowing us to use this historic site for the boys finals.”

The competing teams on the girls side are led by defending L.A. City Open Division champions Fairfax HS and coach Chuck Harrell. The field also features defending L.A. City Section Division 3 champion Torres HS led by Coach Walter O’Neal. Torres high school is located right around the corner from East Los Angeles College and comes into the event as the sentimental choice by the locals. Upstart Rancho Dominguez HS led by coach Box will be attempting to become the first small school to win the ladies crown in LA Watts Summer Classic history.

Admission prices range between $5-$10 and are good for all games at both sites.

Commissioner Miller said: “This event is all about bringing people together from all of walks of life and from diverse areas of Los Angeles. The intent is to experience, through sport, a common bond and enjoy friendly competition through sport.”

He went on to say: “The LA Watts Summer Classic is all about making new friendships and enjoying great people while sharing a common experience. We at the CBA are honored and proud to be a part of this amazing annual event and look forward to seeing some great basketball games played on Saturday June 24, 2017. We certainly invite all basketball fans and all citizens of Los Angeles to come support the teams as they play with spirit and honor.”

View More Basketball News
"This event is all about bringing people together from all of walks of life and from diverse areas of Los Angeles," said Commissioner Miller.