The Los Angeles Classic Announces ‘Time Out with Coach Miller’ as Main Sponsor for 2017 Event April 1, 2017

LOS ANGELES, Calif., March 31, 2017 (SEND2PRESS NEWSWIRE) — The annual Los Angeles Classic Basketball Event is set for April 1, 2017 and will be again held at East Los Angeles College in Monterey Park, the California Basketball Association (CBA) announced today. The main sponsor this year has been announced as the popular web based Television program “Time Out with Coach Miller,” seen live on dromebox.com at 4 p.m. PDT on the 1st and 3rd Saturdays of each month. 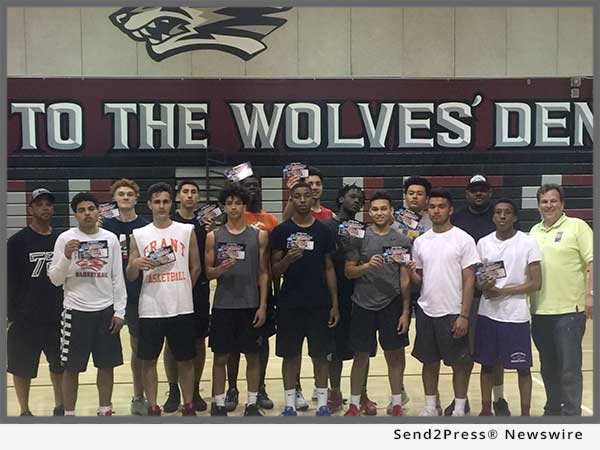 “Time Out with Coach Miller” is hosted by former LACC legend Coach Michael “Mike” Miller. A special edition showcasing coaches and players from this year’s L.A. Classic will air on March 31, 2017 at 9 p.m. PDT on dromebox.com.

This year the L.A. Classic will honor Coach Joe Reed of Huntington Park HS with a Life Time Achievement award for his 30 years of coaching at his Alma Mater, Huntington Park HS in the eastern part of Los Angeles. Other coaches to be honored include: Evan Porter of Van Nuys HS, Jeff Davis of Chavez HS for the boys and Walter O’Neal of Torres HS and Darryl Gowens of Westchester HS; all of whom coached their respective teams to their first L.A. City Section Championship.

Following the brunch and awards ceremony to honor the best L.A. City Section players and coaches, there will be three amazing basketball games starting at 3:30 p.m. with the ladies South Side and Valley team taking on the ladies West Side and East Side team. The boys start play at 5:30 pm with the powerhouse West Side team coached by Phil Rodgers of Bernstein HS and Rico Myles of Hollywood HS takes on the Valley team led by Evan Porter of Van Nuys HS and Jeff Davis of Chavez HS in heavy weight battle.

The feature game will showcase the East Side team coached by Al Rangel of South Gate HS and Rascheed Tapscott of South East HS against the South Side team led by P.J. Johnson of Amino South LA and Kevin Shaw of Carson HS at 7:30 p.m. PDT.

All the action will take place in the men’s gym at East Los Angeles College. Admission is $12 for adults, and only $6 for students and kids, and is good for all three games.