Church of Scientology Portland Celebrates its History and its Future 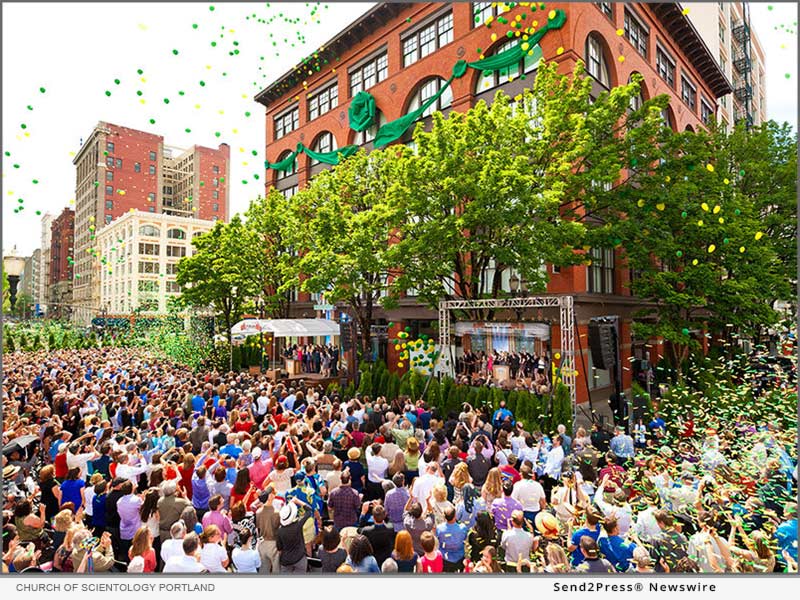 PHOTO CAPTION: Grand opening of the Church of Scientology Portland on May 11, 2013.

Portland was the site of the 1985 Scientology Religious Freedom Crusade. Tens of thousands of Scientologists and other religious freedom advocates joined Portland Scientologists to protect their right to practice their religion in the face of a legal decision that violated First Amendment rights.

For some 60 days, they assembled for peaceful marches, concerts and candlelight vigils. And, in the end, the decision was reversed in a landmark legal victory affirming religious freedom in America.

“Portland was our test,” said Mr. Miscavige at the grand opening of the new Church. “It was a test of our resolve, our fortitude and determination to avert a grave assault on the First Amendment of the United States Constitution. So when you look at where we stand today, remember it was all because our voices were heard.”

That victory not only guaranteed “our inherent right to spiritual salvation,” said Mr. Miscavige, but it was also “intrinsically linked to tolerance, brotherhood and the right of every faith to champion the divinity of humankind… And so I ask that you now extend your help to all who would dream of such a freedom, so they too may realize their destiny.”

As it does in many cities, the Church meticulously preserved a building of historical importance. Its new home, the Sherlock Building, is recognized as among the most noteworthy late-19th- century structures in Portland.

The Church welcomes anyone wishing to visit to come right in. And those who can’t make it in person are invited to do so through the Scientology Network.

Destination: Scientology—Portland is an episode of an original series on the Scientology Network that takes viewers inside Scientology Churches all around the world and discovers what makes each one unique.

The Church of Scientology Portland is an Ideal Scientology Organization, configured to service Scientologists in their ascent to spiritual freedom and serve as a home for the entire community — a meeting ground of cooperative effort to uplift people of all denominations.

The Scientology Network debuted in 2018. Since launching, with a special episode featuring Mr. Miscavige, it has been viewed in 240 countries and territories worldwide in 17 languages.

CAPTION: Grand opening of the Church of Scientology Portland on May 11, 2013