Send2Press › Wire › Sciences › ‘Dark Matter probably does not exist’ was a major conclusion of an extensive research study, finished in 2020

‘Dark Matter probably does not exist’ was a major conclusion of an extensive research study, finished in 2020

CERRITOS, Calif., Feb. 9, 2021 (SEND2PRESS NEWSWIRE) — According to the Pantheory Research Organization, a multi-year study of many dozens of randomly-chosen spiral galaxies has concluded that dark matter probably does not exist. According to the paper’s lead author Forrest Noble, this conclusion was based upon a number of factors: First, that the observable matter of spiral galaxies was all that was needed to exactly predict their observed velocity profiles. 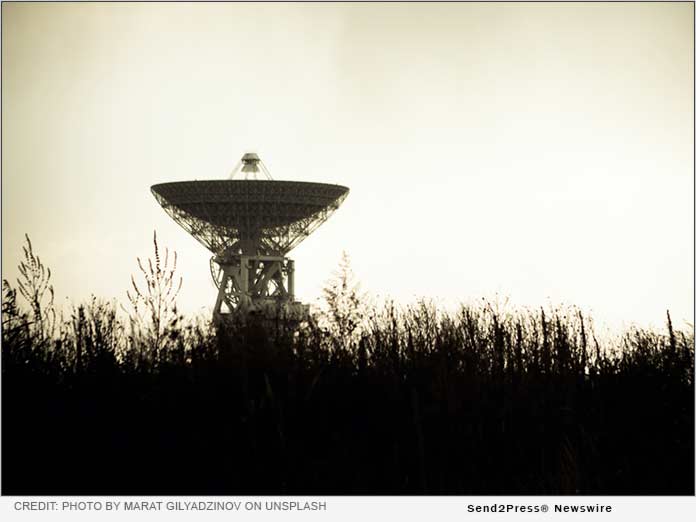 Next, that dark matter is a very poor predictor of spiral galaxy rotation profiles and galaxy cluster anomalies. Also, the related statistics show that the study’s own proposed model exactly predicts stellar velocities within spiral galaxies to the highest degree of statistical confidence. Additionally, because dark matter fails to explain or correctly predict many galaxy- cluster observation anomalies, all of which can easily be explained by the study’s own proposed alternative.

The belief in dark matter has been a major part of astronomy since the mid 1970’s. It is presently believed by most mainstream astronomers to be the source of nearly all the so-called gravitational anomalies within the observable universe. It is believed to increase velocities within spiral galaxies, galaxy clusters, and to be the cause of the observed increased bending and lensing of light, and other observation anomalies at the largest scales of the observable universe. Instead, this study concludes that dark matter predictions are often inaccurate when a method to substantiate its predictions is available, and especially inaccurate concerning spiral galaxies.

The alternative model proposed by this new research is called the Field Flow and Vortex (FFV) model. Like dark matter this model proposes a physical background field as the cause of the increased observed velocities. But unlike dark matter this field is accordingly made up of non-matter particulates or virtual particles. Instead of the gravitational influences of dark matter enabling the increased velocities observed within spiral galaxies, the study proposes that background field-flow velocities are the cause of increased stellar velocities based upon the field’s mundane contact pushing forces. This also applies to velocities of galaxies within a cluster and the excess bending of light.

They also propose that background-field-flow could also initiate large scale cluster flows like the dark flow. This presently unknown field-flow energy is asserted to have only 1/5th the mass equivalence required by the dark matter proposal. The study claims the likelihood of this proposal is based upon its “obviously exact predictions of spiral galaxy velocity profiles.”

Aside from their own studies, studies by others are cited within the paper which show the inability of dark matter in explaining light aberrations and arcs within galaxy clusters. They also cite a very recent study showing unexplained rotation-direction correlations of galaxies to each other within a cluster, where the galaxies are far too distant from each other to be explainable by the increased effects of gravity via dark matter – all of which they claim can be readily explained by their background-field-flow model.

Another main conclusion of the paper is that background-field-flow accelerates the formation of both galaxies and galaxy clusters, and rivals gravity as to determining the form and large-scale structures of the universe.

Link to the ResearchGate, preprint of paper: https://scholar.google.com/citations?user=7ONCj-kAAAAJ&hl=en#d=gs_md_cita-d&u=%2Fcitations%3Fview_op%3Dview_citation%26hl%3Den%26user%3D7ONCj-kAAAAJ%26citation_for_view%3D7ONCj-kAAAAJ%3Ad1gkVwhDpl0C%26tzom%3D480

This paper’s expected release-date is May 2021.

Contact author Forrest Noble, director of the Pantheory Research Organization, pantheory.org@gmail.com or call (562) 924-3313, or (562) 331-8334 (cell) to answer any questions regarding this study and paper.

LEGAL NOTICE AND TERMS OF USE: The content of the above press release was provided by the “news source” Pantheory Research Organization or authorized agency, who is solely responsible for its accuracy. Send2Press® is the originating wire service for this story and content is Copr. © Pantheory Research Organization with newswire version Copr. © 2021 Send2Press (a service of Neotrope). All trademarks acknowledged. Information is believed accurate, as provided by news source or authorized agency, however is not guaranteed, and you assume all risk for use of any information found herein/hereupon.