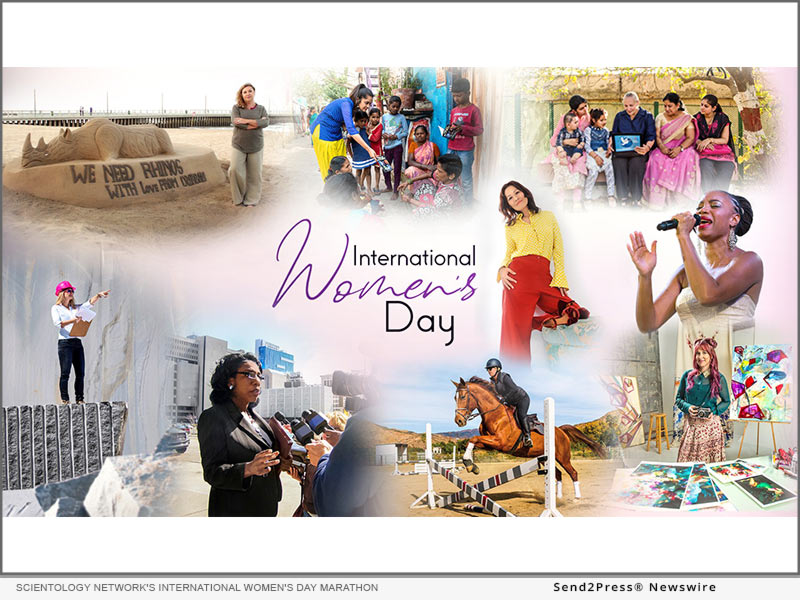 First observed in 1911, International Women’s Day is commemorated annually on March 8th. The day celebrates the achievements of women and raises awareness for women’s rights.

Whether they’re challenging stereotypes in the business world or standing strong in the face of social injustice, the wide array of protagonists featured on the International Women’s Day Marathon are truly making a difference in their communities. Prime time kicks off with innovative footwear designer Chie Mihara and includes groundbreaking educators like Tamara Batalha and civil rights lawyer Allison Folmar, who states: “There’s nothing like being that powerful voice and advocate for people right here in my community.”

The day’s programming begins at 1 p.m. PT and includes:

See the full schedule at https://www.scientology.tv/schedule/.

The Scientology Network debuted in March 2018. Since launching, the Scientology Network has been viewed in 240 countries and territories worldwide in 17 languages. Satisfying the curiosity of people about Scientology, the network takes viewers across six continents, spotlighting the everyday lives of Scientologists, showing the Church as a global organization, and presenting its social betterment programs that have touched the lives of millions worldwide. The network also showcases documentaries by independent filmmakers who represent a cross-section of cultures and faiths, but share a common purpose of uplifting communities.