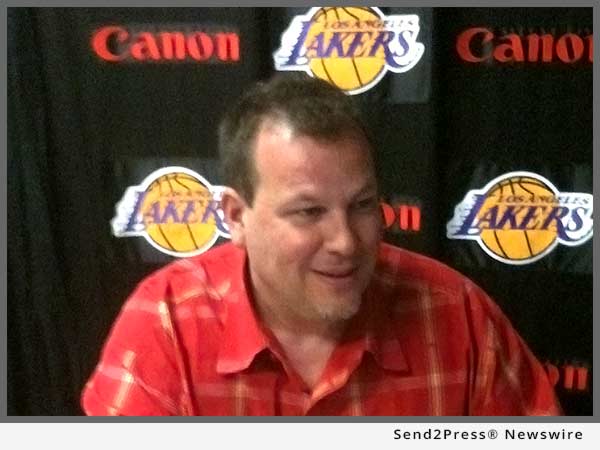 From 1992 to 2008 coach Mike Miller led LACC’s basketball program into a national prominence. Coach Miller become the winningest coach in LACC history in every category, including: a) most wins; b) winning percentage; c) conference championships; d) final eight appearances; e)state championships; and f) division one transfers.

Miller’s LACC teams have won over 80 percent of their games during his tenure, including FOUR STRAIGHT 30+ WIN SEASONS (1999-2000 to 2002-03). He is most proud of producing over 100 Division One Players, which is thought to rank first in the entire nation during the same period of time.

His teams were models of consistency, demonstrated by setting a new national record of fourteen straight conference championships. This amazing streak started in 1993-94 and continued until 2006-07, breaking UCLA’s old record of 13 (nine of which were won under John Wooden). Due to coach Miller’s remarkable success he quickly became known as one of the youngest and most successful college head coaches in the entire country.

Before LACC, Coach Miller experienced great success as a high school coach at Ribet Academy and Cathedral High School. As the head coach at Ribet Academy (Los Angeles, Calif.), Miller led them to unprecedented success as they captured two consecutive CIF Championships and a Division V State Championship. At Cathedral HS (Los Angeles, Calif.) coach Miller was the youngest head coach in the state at the age of 21. He led the “Phantoms” to the best two-year record in the eighty-five year history of the school. This included two Santa Fe league titles and two CIF Final Four appearances. In his four years as a high school head coach, Miller attained the fifth highest winning percentage in California high school history.

Coach Miller has been honored as “Coach of the Year” eighteen times in his nineteen full seasons as a head coach at both the high school and college levels and has coached EIGHT different teams to 30 or more wins.

Coach Miller was the first coach in California basketball history to win a State Championship at both the high school (1990-91 Ribet Academy) and college levels (1996-97 & 2002-03 LACC). At the age of 44 coach Miller had produced almost 500 colligate wins, more than any other coach in the history of college basketball at that age.

Coach Miller has earned four college degrees and also serves as the commissioner of the CBA.

More information on the CBA: http://www.californiabasketballassociation.com/.

LEGAL NOTICE AND TERMS OF USE: The content of the above press release was provided by the “news source” California Basketball Association or authorized agency, who is solely responsible for its accuracy. Send2Press® is the originating wire service for this story and content is Copr. © California Basketball Association with newswire version Copr. © 2016 Send2Press (a service of Neotrope). All trademarks acknowledged. Information is believed accurate, as provided by news source or authorized agency, however is not guaranteed, and you assume all risk for use of any information found herein/hereupon.