At its “Annual Meeting,” the Board of Directors also honored retiring members Todd Webb and Rakesh Agarwal for outstanding service to Four Seasons Compassion for Life. Recognized for their additional contributions of “Wisdom, Work and Wealth” were Moyer, Agarwal and Cynthia Schirmer, Esq., of Hendersonville, N.C.

As its first order of business, the 2016 Board of Directors appointed David Reeves, Asheville, N.C., as chair of the newly formed Four Seasons Compassion for Life Foundation.

Nationally known for its leadership in innovative, quality hospice and palliative care services, and serving western North Carolina, the agency is a former Circle of Life award recipient from the American Medical Association. 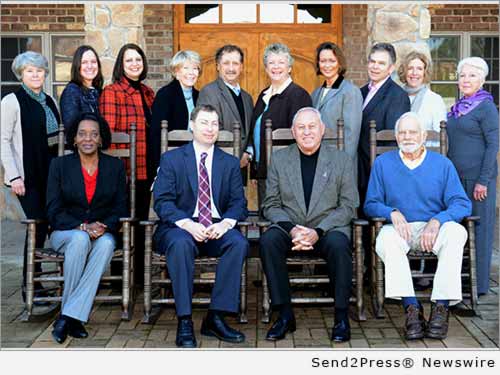 NEWS ARCHIVE NOTE: this archival news content, issued by the news source via Send2Press Newswire, was originally located in the Send2Press® 2004-2015 2.0 news platform and has been permanently converted/moved (and redirected) into our 3.0 platform. Also note the story “reads” counter (bottom of page) does not include any data prior to Oct. 30, 2016. This press release was originally published/issued: Tue, 16 Feb 2016 10:00:46 +0000