"During my residency in internal care, I observed a lot of interventions within the intensive care unit that made me wonder what people really wanted for their time at end of life," said Ashley Albers, D.O.

FLAT ROCK, N.C., March 23, 2016 (SEND2PRESS NEWSWIRE) — Four Seasons Compassion for Life announces the promotion of Ashley Albers, D.O., to the position of hospice medical director. Albers holds a 2009 doctorate in osteopathic medicine from the A.T. Still University of Health Sciences, and a 2004 bachelor of science in chemistry and mathematics.

After a three year residency in internal medicine in the University of Medicine and Dentistry at the New Jersey School of Osteopathic Medicine from 2009-12, she received a Mountain Area Health Education Center, or MAHEC, Hospice and Palliative Medicine Fellowship, Asheville, in 2012-13.

“During my residency in internal care, I observed a lot of interventions within the intensive care unit that made me wonder what people really wanted for their time at end of life,” she says.

“Dr. Albers has done a magnificent job,” says Bull. “She has demonstrated astute clinical skills and possesses a great understanding of the regulations of the Hospice Medicare Benefit.”

As hospice medical director, Albers oversees the certification of eligibility of hospice patients to receive Medicare benefits as part of day-to-day operations.

Though others may remark upon her rapid rise within the organization, she describes a combination of factors: a willingness to acquire relevant experience and training, timing, and the emergent need to facilitate changes on the palliative care team which required a greater commitment from its members.

“She is a great team player, and continues to aspire to improving care for the patients and families we serve,” says Bull.

As the region’s population ages, Albers remains inspired by the opportunity to reach increasing numbers of physicians and health care workers.

“A lot of people who could benefit from our services aren’t receiving those yet,” she says. “I’d like to be part of helping other medical practitioners do this work.” 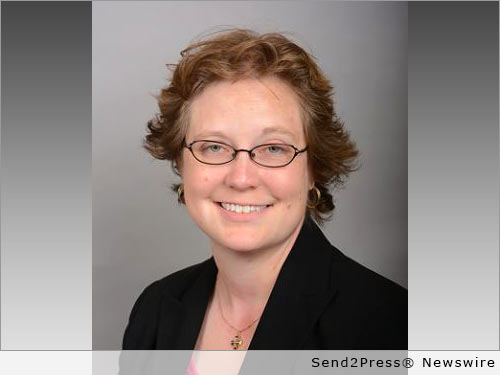 NEWS ARCHIVE NOTE: this archival news content, issued by the news source via Send2Press Newswire, was originally located in the Send2Press® 2004-2015 2.0 news platform and has been permanently converted/moved (and redirected) into our 3.0 platform. Also note the story “reads” counter (bottom of page) does not include any data prior to Oct. 30, 2016. This press release was originally published/issued: Wed, 23 Mar 2016 16:21:36 +0000

STORY FILED UNDER:
Business | Health and Medical | Hospitals and Nursing | Management and Career Moves | Morgue and Mortuary and Cemetery | NonProfit and Charities

View More Business News
"During my residency in internal care, I observed a lot of interventions within the intensive care unit that made me wonder what people really wanted for their time at end of life," said Ashley Albers, D.O.