"Personal independence is a core value of mountain people from all walks of life," says Executive Director Loretta Shelton. "Four Seasons is one of the last community-based hospice and palliative care organizations in the state, if not the southeast."

FLAT ROCK, N.C., May 3, 2016 (SEND2PRESS NEWSWIRE) — Four Seasons Compassion for Life, western North Carolina’s leading, community-based hospice and palliative care provider, announces the launch of the Four Seasons for Life Foundation. The philanthropic non-profit is charged with securing the resources to maintain quality care during serious, chronic, or life-limiting illness in Henderson and Buncombe counties, and across the region.

“Personal independence is a core value of mountain people from all walks of life,” says Executive Director Loretta Shelton. “Four Seasons is one of the last community-based hospice and palliative care organizations in the state, if not the southeast.”

That’s why it’s crucial to ensure the non-profit continues to provide independent quality care during serious, chronic illness that is unique to Henderson and Buncombe Counties, and western North Carolina, says David Reeves, the foundation’s first chairman of the board and a respected business development and advisory board strategist.

“There’s no way you can maintain this independence without some outside funding,” he says.

“If you go to other places, you encounter a cookie cutter approach on how to handle care,” says Reeves. “At Four Seasons, there are a lot of extra things they do as standard practice they simply aren’t compensated for, as Medicaid does not cover the actual costs of our patient and family care services.”

“The shortfall of revenue that Four Seasons has now has to come from someplace else,” he says. “Hopefully we can raise enough money as a foundation that we can invest the money and use the income to help fund hospice in the future.”

To meet this need, the Foundation leadership has assembled a prestigious founding board of directors. In addition to Reeves, members include: Ruth Birge, Dick Burns, Caroline Gunther, Lynn Penny, Cindy Schirmer, Sandy Williams, and Nancy Bouvet, all of Hendersonville; Mary Coffey of Flat Rock; Sherri Lynn Haggard of Fletcher; Henry Johnson of Laurel Park; David Rhew of Horseshoe; and Robert Seiler of Saluda.

Shelton and Reeves agree that the Four Seasons tradition of co-creation will provide a necessary advantage to boost the growth, productivity and create the assets needed to assure the future of Four Seasons for future generations.

Chris Comeaux, CEO, says that given the many challenges the government continues to throw at healthcare providers, the Four Seasons Operating Board remains focused on policy, with little time left for funding considerations.

“For example, out of an hour and half meeting we might – if we were lucky – have five minutes remaining to talk about fundraising. Now having a highly competent, high powered Foundation Board which focuses on nothing except fund raising is a blessing. Their talent, expertise and time is dedicated exclusively to this major priority,” he says.

Four Seasons added “Co-Creating the Care Experience” as its tag line in 2009. Co-creation refers to a business practice of creating solutions within communities through collaboration with those served. Though the term was coined in the early 2000s, with frequent references to innovations adopted by the Nike(TM) brand, co-creation with the community is a commitment Four Seasons has honored since it was first incorporated in 1979.

Shelton believes that co-creation extends to partners within the community who support the Four Seasons Compassion for Life Foundation. Secured funding ensures that care choices are uniquely created to meet community needs well into the future.

One of the keys to economic viability in any region is quality health care, she says. An investment in Four Seasons ensures that every person who lives and works in our area has access to the care they deserve. The impact of that commitment improves short and long term economic outlooks for the region, she says.

“Our family, friends and neighbors will get the care they need during serious, life altering illness without regard to economic status, age, or other exclusionary criteria,” she says. “Highly qualified workers will be attracted by the knowledge that their needs will be met should the unthinkable occur.”

Plus, faced with a rapidly changing, unpredictable health care future, the idea of neighbor helping neighbor resonates with people from all walks of life who call these mountains “home,” says Shelton.

“Co-creating philanthropic investment opportunities within our community will ensure that this high quality of care remains available for those with serious illness, and it will remain available whether or not the individual can pay,” she says.

About Four Seasons Compassion For Life:
Four Seasons Compassion for Life – http://www.fourseasonscfl.org – is a 501(c)(3) non-profit organization with a dedicated team of health care professionals, social workers, spiritual care professionals and volunteers deeply committed to its mission of “Co-Creating the Care Experience.” Nationally known for its leadership in innovative, quality hospice and palliative care services, and serving western North Carolina, the agency is a former Circle of Life award recipient from the American Medical Association. 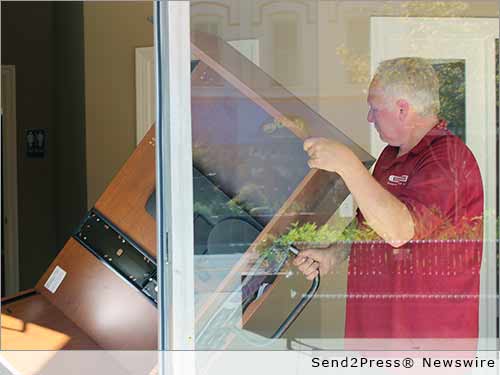 Caption: Eric McCraw, a staff member of the Four Seasons Foundation and Hospice Home Store, assists the Foundation with its move into its new offices in downtown Hendersonville, N.C. 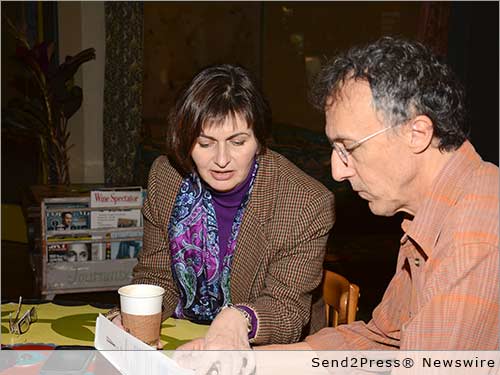 NEWS ARCHIVE NOTE: this archival news content, issued by the news source via Send2Press Newswire, was originally located in the Send2Press® 2004-2015 2.0 news platform and has been permanently converted/moved (and redirected) into our 3.0 platform. Also note the story “reads” counter (bottom of page) does not include any data prior to Oct. 30, 2016. This press release was originally published/issued: Tue, 03 May 2016 15:32:39 +0000

View More Defense and Military News
"Personal independence is a core value of mountain people from all walks of life," says Executive Director Loretta Shelton. "Four Seasons is one of the last community-based hospice and palliative care organizations in the state, if not the southeast."