"The tools were developed to capture and engage students' attention, ignite their curiosities and inspire discussions," said the organization's spokesperson and President, Jodi Murphy.

“The tools were developed to capture and engage students’ attention, ignite their curiosities and inspire discussions,” said the organization’s spokesperson and President, Jodi Murphy. “We want to make the topics of autism approachable through children’s stories and pop culture-style webisodes. The companion curriculum and activity guides make it easy for educators to integrate into their lesson plans.”

“When I was growing up, I knew very little about my autism,” said Autism EDU contributor, James Sullivan. “Neither did my teachers and especially not the other children my age. Autism EDU videos and stories will help them understand some of their peers who are different.”

About April Autism Awareness Month:
Congress adopted April as the national awareness month for autism in 1984, which originally began as an awareness campaign by The Autism Society of America in the early 1970s. Today the month is an opportunity for autism organizations to draw the public’s attention to the diagnosis and separate fact from myths and misperceptions. 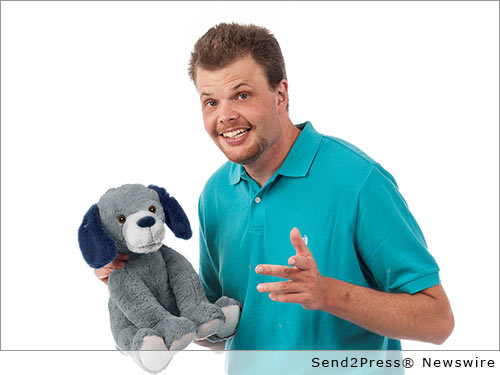 NEWS ARCHIVE NOTE: this archival news content, issued by the news source via Send2Press Newswire, was originally located in the Send2Press® 2004-2015 2.0 news platform and has been permanently converted/moved (and redirected) into our 3.0 platform. Also note the story “reads” counter (bottom of page) does not include any data prior to Oct. 30, 2016. This press release was originally published/issued: Thu, 17 Mar 2016 15:53:18 +0000

LEGAL NOTICE AND TERMS OF USE: The content of the above press release was provided by the “news source” Geek Club Books, Inc. or authorized agency, who is solely responsible for its accuracy. Send2Press® is the originating wire service for this story and content is Copr. © Geek Club Books, Inc. with newswire version Copr. © 2016 Send2Press (a service of Neotrope). All trademarks acknowledged. Information is believed accurate, as provided by news source or authorized agency, however is not guaranteed, and you assume all risk for use of any information found herein/hereupon.