"We are expanding," beams Gordon Brush's President and CEO, Ken Rakusin. "We are looking to buy businesses and, equipment, and hiring new family members."

CITY OF INDUSTRY, Calif., May 19, 2015 (SEND2PRESS NEWSWIRE) — Gordon Brush Company, which boasts one of the world’s largest selection of industrial brushes, has acquired a new building and will move its factory and offices from its current 51,000 square foot facility at 6247 Randolph Street in Commerce, CA, to a 182,000 square foot building in the City of Industry, CA, located at 3737 Capitol Avenue.

The pending move is part of Gordon Brush’s master plan to become the nation’s largest Made in America brush manufacturer and a global leader in the industry.

“We are expanding,” beams Gordon Brush’s President and CEO, Ken Rakusin. “We are looking to buy businesses and equipment, and hiring new family members.”

Gordon Brush has fought hard to ensure its products are Made in America and to keep its business in California even when other states with more appealing tax laws and lower costs have tried to woo the company. “It hasn’t been easy,” notes Rakusin, “but I feel strongly about American made goods and about staying here.”

Before the purchase of the new building, Gordon Brush tried in vain to expand. A 2013, Los Angeles Times, article, “Plant Owner Bristles At Red Tape Tying Up Expansion,” chronicled the company’s failed attempt. The new facility was funded by: the Governor’s “California Competes” initiative, which offers tax incentives; and through a California Industrial Development Bond coordinated by California United Bank.

Gordon Brush attributes its success to its commitment to three principles. President Ken Rakusin explains, “Our foundation rests on customer service; Investing in state-of-the-art automated equipment; and in the best employees.”

Robert Borders & Associates, architects and C.E.G. Construction are orchestrating a $2M renovation to the building.

“Our business had been stifled by lack of space,” notes Rakusin. “We get along, but we are all squished in to a small space. The customer demand is there now to grow the company.”

About Gordon Brush:
Gordon Brush Mfg. Co., Inc. is an ISO 9001:2008 certified and leading manufacturer of specialty, custom and standard brushes for industrial and consumer purposes. The company makes over 15,000 medical, industrial, janitorial, and electronic brushes in Commerce, California. Over 2,000 different brushes are available for same day shipment. Gordon Brush has been featured on the ION Network, Discovery Channel, Bloomberg News, The Real Talk Show, and in the Los Angeles Times. More information: http://www.gordonbrush.com/. 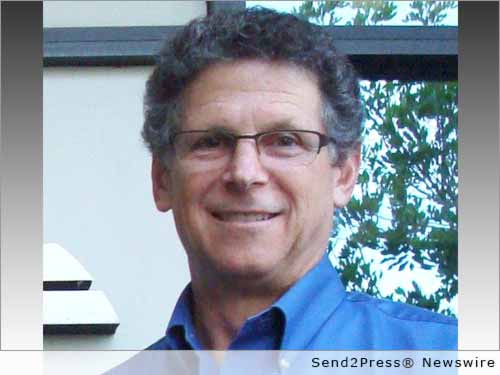 NEWS ARCHIVE NOTE: this archival news content, issued by the news source via Send2Press Newswire, was originally located in the Send2Press® 2004-2015 2.0 news platform and has been permanently converted/moved (and redirected) into our 3.0 platform. Also note the story “reads” counter (bottom of page) does not include any data prior to Oct. 30, 2016. This press release was originally published/issued: Tue, 19 May 2015 05:01:00 +0000

LEGAL NOTICE AND TERMS OF USE: The content of the above press release was provided by the “news source” Gordon Brush Mfg. Co., Inc. or authorized agency, who is solely responsible for its accuracy. Send2Press® is the originating wire service for this story and content is Copr. © Gordon Brush Mfg. Co., Inc. with newswire version Copr. © 2015 Send2Press (a service of Neotrope). All trademarks acknowledged. Information is believed accurate, as provided by news source or authorized agency, however is not guaranteed, and you assume all risk for use of any information found herein/hereupon.