LAUDERHILL, Fla., Nov. 12, 2020 (SEND2PRESS NEWSWIRE) — The City of Lauderhill has launched a new video campaign featuring local police officers sharing fun facts about themselves. The “I am Lauderhill-We are Lauderhill” segments are emailed to residents and other subscribers in the City’s official newsletter, Lauderhill Living and posted on social media. City officials in collaboration with the consulting firm RMA (www.rma.us.com) developed a plan to foster stronger connections between the community and law enforcement by focusing on officers’ local roots, hobbies, favorite sports teams, and music, along with other engaging aspects of their personalities. 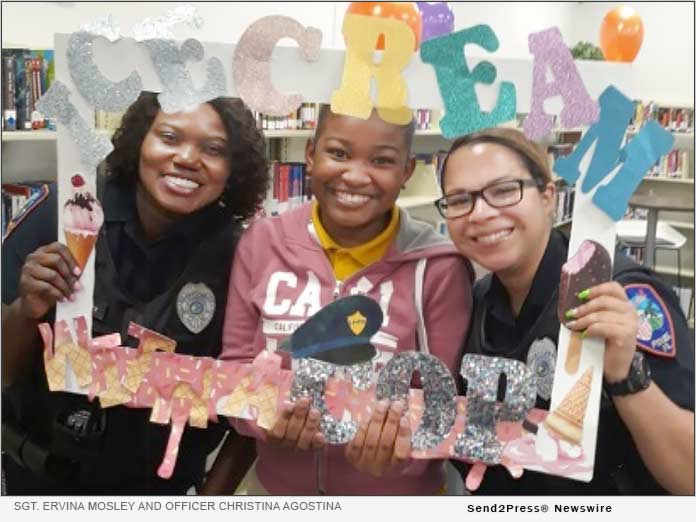 “Through this campaign police officers reveal themselves as the neighbors, friends and family members they are,” said Leslie Johnson, Director of Public Relations and Cultural Arts. “These videos have been a tremendous tool in our overall campaign to enhance the positive connection between our officers and residents.”

RMA was hired to develop a strategic communications plan for the City, with special emphasis on creating new avenues to engage the community with law enforcement. This initiative was conceived well before the recent headlines, but its implementation has come at a most opportune time.

“During our biweekly collaborative meetings with the City’s leadership, we agreed that it was imperative for Lauderhill’s residents to feel comfortable calling the police not only in an emergency, but also to report critical information,” said Sharon McCormick, RMA’s Director of Business Attraction & Marketing. “The goal of this campaign, coupled with prior initiatives by the Lauderhill Police Department, is to change the preconceived notions that some residents had about police in general, by creating a safe environment for relationship-building.”

The email and social media campaign also allows the police department to share success stories about cases closed through the very popular segment, “Just Don’t, You Will Get Caught!” This section of the email showcases the dedication of local law enforcement in their pursuit of catching criminals, leading to a safe environment for their residents.

In addition, the campaign features regular messages from Chief Constance Stanley. As an African-American woman, who leads a large police force, her words resonate. Chief Stanley’s impassioned letter to the community in the wake of George Floyd’s death was a powerful message about racial injustice, the need for accountability, and an earnest plea for unity and dialogue. She has followed that message up with regular communications highlighting Lauderhill’s comprehensive crime-fighting strategy, which is built on facilitating and maintaining positive communication and collaboration.

Founded in 2009 by Kim Briesemeister and Chris Brown, RMA is comprised of a phenomenal team of leading experts in economic development, real estate for governments, marketing, urban design, and financial analysis. RMA, headquartered in Pompano Beach, Florida is a highly experienced, full-service economic redevelopment consulting and management firm, specializing in revitalizing core areas and corridors for cities, counties, and special districts nationwide. The co-founders are also the authors of one of the definitive books about city redevelopment, “Reinventing Your City: 8 Steps to Turn Your City Around.”

View More Economic Development News
"During our biweekly collaborative meetings with the City's leadership, we agreed that it was imperative for Lauderhill's residents to feel comfortable calling the police not only in an emergency, but also to report critical information," said Sharon McCormick at RMA.

LEGAL NOTICE AND TERMS OF USE: The content of the above press release was provided by the “news source” RMA or authorized agency, who is solely responsible for its accuracy. Send2Press® is the originating wire service for this story and content is Copr. © RMA with newswire version Copr. © 2020 Send2Press (a service of Neotrope). All trademarks acknowledged. Information is believed accurate, as provided by news source or authorized agency, however is not guaranteed, and you assume all risk for use of any information found herein/hereupon.