More than 500 Expected to Attend Sacramento Event: Community Leaders to be Honored at Awards Luncheon on Saturday

"For the past 13 years, NCBW has celebrated community leaders who exemplify compassion, vision, and integrity throughout the greater Sacramento region," said NCBW chapter president, Evelyn Frazier.

SACRAMENTO, Calif., Nov. 19, 2014 (SEND2PRESS NEWSWIRE) — More than 500 people are expected to attend the annual award luncheon Saturday, November 22, to recognize winners of the “Women of Excellence, Lifetime Achievement and Business of the Year Awards” presented by the Sacramento Chapter of the National Coalition of 100 Black Women (NCBW).

NCBW will honor women from all walks of life, for their achievements and contributions to health and welfare of the greater Sacramento community. The event will be held at the DoubleTree by Hilton Hotel in Sacramento from noon to 2 p.m. Toure, author and co-host of “The Cycle” which airs on MSNBC, will be the keynote speaker.

“For the past 13 years, NCBW has celebrated community leaders who exemplify compassion, vision, and integrity throughout the greater Sacramento region,” said NCBW chapter president, Evelyn Frazier.

This year’s honorees are:
– Leah Albright Byrd: Founder of Bridget’s Dream, which is a survivor-led organization that fights human trafficking and provides support to victims and their families.

– Tracy Brown: Owner of Another Look Hair Salon who launched the Mixed Institute of Cosmetology, a school designed to provide students with an education that extends beyond the classroom.

– B. Darcel Harris-Lee: President and CEO of the California Black Health Network, an organization which advocates for increasing access to affordable, quality health care, and promotes healthy communities among California’s African American population.

New this year, NCBW is adding a Sacramento focus to the national initiative “My Brother’s Keeper” which takes steps to address persistent opportunity gaps faced by boys and young men of color to assure that all young people can reach their full potential.

Two community organizations will be recognized for taking those important steps to further this goal:
– ACE Enterprises: An organization with the mission to equip at-risk African-American male youth in the Sacramento region with the knowledge, skills and exposure to improve their educational achievement along with enhancing their social awareness and involvement as they work towards becoming successful citizens in society

– Jerry Manual Foundation: The Foundation aims to establish clinical school-based programs across the countries in the major MLB cities. By combining education, character development, and training of baseball skills. The Foundation increases the number of African American men becoming leaders and ignites a passion and commitment to pursuing America’s favorite pastime at all levels.

“There will also be awards given to two high school students deemed to be ‘Rising Stars’ based on their community service commitment, academic success or criteria that demonstrates that they are on a path to success,” explained Frazier.

The annual luncheon and award celebration is a fundraiser for NCBW’s educational, public service, and scholarships campaigns.

About Toure:
Toure is the co-host of The Cycle which airs on MSNBC and the author of “Who’s Afraid of Post-Blackness? What It Means To Be Black Now,” which was named one of the Most Notable Books of 2011 by the New York Times and the Washington Post. It was also nominated for an NAACP Image Award for Outstanding Literary Work of Non-Fiction.

About NCBW:
The National Coalition of 100 Black Women, Inc. (NCBW) is a national organization consisting of more than 7,000 members from 65 chapters in 25 states and the District of Columbia. Founded in 1981, NCBW is a 501(c)(4) organization, whose mission is to advocate on behalf of women of color through national and local actions and through strategic alliances that promote its national and international agendas. Learn more at http://www.NCBW.org/. The Sacramento Chapter was chartered November 10, 2001.

News issued by: Sacramento Chapter of the National Coalition of 100 Black Women 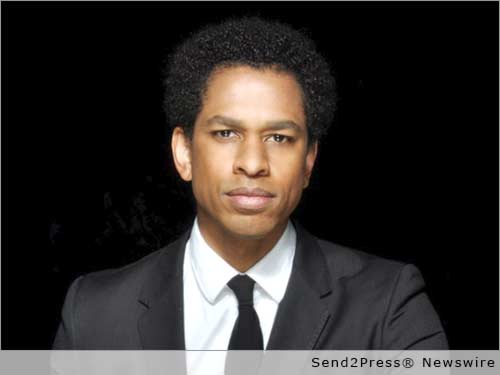 NEWS ARCHIVE NOTE: this archival news content, issued by the news source via Send2Press Newswire, was originally located in the Send2Press® 2004-2015 2.0 news platform and has been permanently converted/moved (and redirected) into our 3.0 platform. Also note the story “reads” counter (bottom of page) does not include any data prior to Oct. 30, 2016. This press release was originally published/issued: Wed, 19 Nov 2014 17:05:44 +0000

LEGAL NOTICE AND TERMS OF USE: The content of the above press release was provided by the “news source” National Coalition of 100 Black Women, Inc. Sacramento Chapter or authorized agency, who is solely responsible for its accuracy. Send2Press® is the originating wire service for this story and content is Copr. © National Coalition of 100 Black Women, Inc. Sacramento Chapter with newswire version Copr. © 2014 Send2Press (a service of Neotrope). All trademarks acknowledged. Information is believed accurate, as provided by news source or authorized agency, however is not guaranteed, and you assume all risk for use of any information found herein/hereupon.