More than 500 Expected to Attend Sacramento Event: Community Leaders to be Honored at 2015 Awards Luncheon on Saturday

"For the past 14 years, NCBW has celebrated community leaders who exemplify compassion, vision, and integrity throughout the greater Sacramento region," said NCBW chapter president, Evelyn Frazier.

SACRAMENTO, Calif., Nov. 10, 2015 (SEND2PRESS NEWSWIRE) — More than 500 people are expected to attend the annual award luncheon Saturday, November 14, 2015, to recognize winners of the “Women of Excellence,” “Lifetime Achievement” and “Business of the Year” Awards presented by the Sacramento Chapter of the National Coalition of 100 Black Women.

NCBW will honor women from all walks of life, for their achievements and contributions to health and welfare of the greater Sacramento community. The event will be held at the DoubleTree by Hilton Hotel in Sacramento from noon to 2 p.m. CCH Pounder, award winning actress who portrays “Dr. Loretta Wade” on the CBS series, “NCIS: New Orleans,” will be the keynote speaker.

“For the past 14 years, NCBW has celebrated community leaders who exemplify compassion, vision, and integrity throughout the greater Sacramento region,” said NCBW chapter president, Evelyn Frazier.

This year’s honorees are:
* Tiffany Mimms, PhD – President and founder of The Rosetta Center for Counseling and Wellness, Inc: A Place for Health, Healing, and Hope. She will receive the Health Care Award.
* Fredericka L. McGee – Deputy Chief of Staff and General Counsel to Speaker of the California State Assembly, Toni G. Atkins. She will receive the Advocacy Award.
* Monica Jones – Founder of Lights of Tomorrow, a non-profit mentoring program for at risk youth. She will receive the Community Service Award.

The community organizations are:
* Alpha Kappa Alpha Sorority, Eta Gamma Omega Chapter – Honored for their work with the A.S.C.E.N.D program which focuses on Achievement, Self-Awareness, Communication, Engagement, Networking and Developmental Skills as well as the Debutante Ball taken place annually for over 50 years and during this time, the chapter has raised and awarded over $400,000 in scholarship funds.
* Delta Sigma Theta Sorority, Incorporated, Sacramento Alumnae Chapter. – Honored for their work with two programs which have been in existence more than 19 years, serving approximately 760 young ladies during this time. The programs are the Dr. Betty Shabazz Delta Academy and the Dr. Jeanne L. Nobel GEMS Institute.

“There will also be awards given to a high school student deemed to be a ‘Rising Star’ based on the student’s community service commitment, academic success or criteria that demonstrates that they are on a path to success,” explained Frazier.

The annual luncheon and award celebration is a fundraiser for NCBW’s educational, public service, and scholarships campaigns.

About NCBW:
The National Coalition of 100 Black Women, Inc. (NCBW) is a national organization consisting of more than 7,000 members from 65 chapters in 25 states and the District of Columbia. Founded in 1981, NCBW is a 501 (c)(4) organization, whose mission is to advocate on behalf of women of color through national and local actions and through strategic alliances that promote its national and international agendas. Learn more at http://www.NCBW.org/. The Sacramento Chapter was chartered November 10, 2001.

About CCH Pounder:
CCH Pounder is an award winning actress who portrays “Dr. Loretta Wade” on the CBS series “NCIS: New Orleans.” She has also appeared in “Sons of Anarchy,” “Warehouse 13,” “Law & Order: SVU” and a numerous other TV shows. She has received four Emmy® nominations including one for her role on “The Shield.”

News issued by: Sacramento Chapter of the National Coalition of 100 Black Women 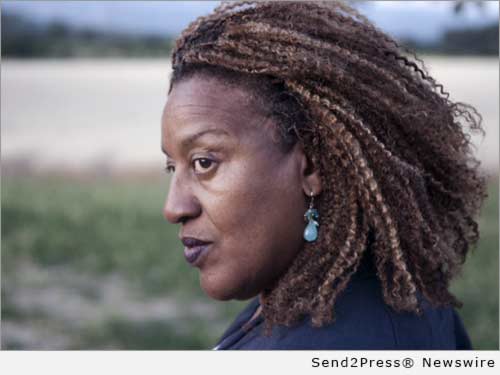 NEWS ARCHIVE NOTE: this archival news content, issued by the news source via Send2Press Newswire, was originally located in the Send2Press® 2004-2015 2.0 news platform and has been permanently converted/moved (and redirected) into our 3.0 platform. Also note the story “reads” counter (bottom of page) does not include any data prior to Oct. 30, 2016. This press release was originally published/issued: Tue, 10 Nov 2015 18:29:13 +0000

LEGAL NOTICE AND TERMS OF USE: The content of the above press release was provided by the “news source” National Coalition of 100 Black Women, Inc. Sacramento Chapter or authorized agency, who is solely responsible for its accuracy. Send2Press® is the originating wire service for this story and content is Copr. © National Coalition of 100 Black Women, Inc. Sacramento Chapter with newswire version Copr. © 2015 Send2Press (a service of Neotrope). All trademarks acknowledged. Information is believed accurate, as provided by news source or authorized agency, however is not guaranteed, and you assume all risk for use of any information found herein/hereupon.