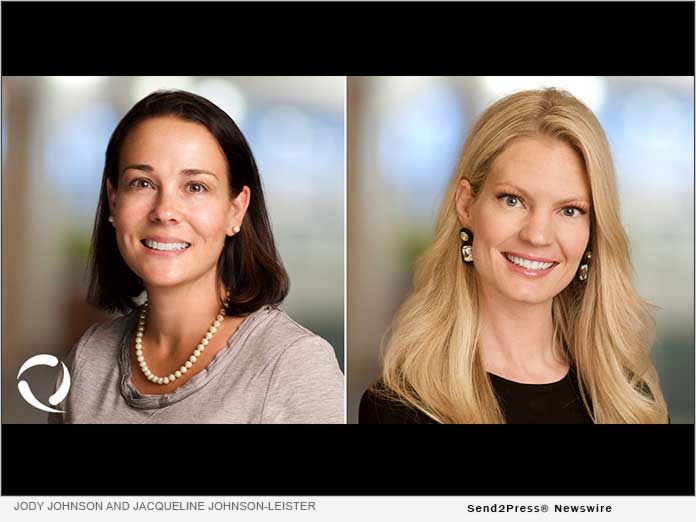 Jody Johnson joined SeQuel Response in August 2018 and in late 2019 became the organization’s CFO. She now adds new operational leadership duties as SeQuel’s first acting COO. Johnson’s 15 years of accounting and finance expertise, along with her skillset as a solutions-oriented leader, has strengthened the direct marketing agency’s financial operations and business processes.

“Jody is a go-getter who possesses tremendous leadership skills and the personal drive to match her talent,” said CEO, Jay Carroll. “Expanding Jody’s responsibilities makes sense at this juncture as we are confident that the great impact she’s had in our finance area will translate to further enhancements in our agency operations.”

“I’m thrilled to pioneer the role of COO at SeQuel Response,” said Johnson. “We have an incredible operations team at our agency and the opportunity to lead and nurture this team is as exciting as it gets.”

Jacqueline Johnson-Leister joined the organization in July 2019 as Marketing Director and was promoted to VP of Marketing in November 2020. She will now oversee the agency’s marketing, creative and client services departments in her promotion as VP of Marketing & Client Services. Johnson-Leister has 12 years of marketing leadership experience and possesses an early track record of success in escalating SeQuel’s branding, marketing, and sales initiatives.

“With Jacqueline’s recent promotion to VP of Marketing, it’s obvious that we have great confidence in her to also take on Client Services,” said Carroll. “She is a people person who genuinely cares about her team and she will demonstrate that attribute very naturally with our clients. She also brings a wealth of creative experience to the table that will only enhance our deliverables going forward.”

“I’m honored to continue my career growth with such an incredible values-driven company like SeQuel Response,” said Johnson-Leister. “Our marketing, creative and client services teams are comprised of the industry’s finest talent, and it’s my mission to support that talent in continuing to grow the brand while providing the best possible service to our clients.”

SeQuel Response has quickly become the go-to direct response advertising agency for growth-oriented consumer brands looking to launch and rapidly scale their direct mail and digital marketing campaigns. In five consecutive years, Inc. Magazine has named SeQuel to its Inc. 5000 list of the fastest growing private companies in the U.S.

ABOUT THE NEWS SOURCE:
SeQuel Response

LEGAL NOTICE AND TERMS OF USE: The content of the above press release was provided by the “news source” SeQuel Response or authorized agency, who is solely responsible for its accuracy. Send2Press® is the originating wire service for this story and content is Copr. © SeQuel Response with newswire version Copr. © 2020 Send2Press (a service of Neotrope). All trademarks acknowledged. Information is believed accurate, as provided by news source or authorized agency, however is not guaranteed, and you assume all risk for use of any information found herein/hereupon.