"We are very proud to have the honor to work with Chuck Urban and his team. They have an outstanding reputation, evidenced by their consistently high rating on DealerRater," said Mark Sokal, President of Sokal Media Group.

CHARLOTTE, N.C., March 4, 2016 (SEND2PRESS NEWSWIRE) — Tallahassee Dodge Chrysler Jeep Ram (DCJ) at 3987 W. Tennessee St. in Tallahassee, Florida. has awarded their advertising account to Sokal Media Group of North Carolina. Chuck Urban, who is a familiar face as spokesperson and dealer principal for the independently owned store, made the decision in February. The family-owned and operated dealer group has a long history of providing exceptional sales expertise and service to their customers.

The decision was made based on Sokal Media Group’s enthusiasm, creative strategy and extensive experience in the retail automotive industry.

Based near Raleigh North Carolina, Sokal Media Group is one of the fastest growing automotive advertising agencies in the country with offices and representatives throughout the east coast. Tallahassee DCJ will be administered through Sokal’s Charlotte office.

Chuck Urban was looking at the success of out-of-market dealers. “We do quite well, but we can always do better,” said Urban. “I found a fellow Chrysler/Jeep store that had enjoyed quite a sales increase in recent months and learned from them that they had awarded their advertising account to Sokal Media Group. After seeing the Sokal team’s presentation, I was enthusiastic about putting them to work for us.”

Sokal will be handling all marketing and advertising aspects for the store including new vehicle sales, pre-owned sales, service and parts. Tallahassee DCJ will continue to market itself with their slogan, “We’re right on the corner…and always RIGHT on the money.” Sokal will work to enhance the dealership’s well established brand identity and position them as the premier auto sales and service destination in the Big Bend Florida Region.

“We are very proud to have the honor to work with Chuck Urban and his team. They have an outstanding reputation, evidenced by their consistently high rating on DealerRater.com,” said Mark Sokal, President of Sokal Media Group. “We look forward to improving their conversion rate through a better digital campaign integrated with targeted traditional media.”

Information about the dealer can be found online: http://www.tallahasseedcj.com/. 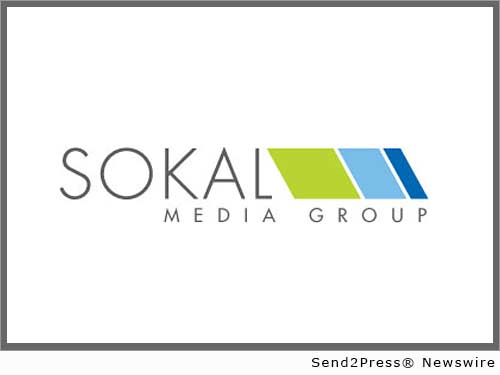 NEWS ARCHIVE NOTE: this archival news content, issued by the news source via Send2Press Newswire, was originally located in the Send2Press® 2004-2015 2.0 news platform and has been permanently converted/moved (and redirected) into our 3.0 platform. Also note the story “reads” counter (bottom of page) does not include any data prior to Oct. 30, 2016. This press release was originally published/issued: Fri, 04 Mar 2016 16:20:55 +0000

View More Advertising and Marketing News
"We are very proud to have the honor to work with Chuck Urban and his team. They have an outstanding reputation, evidenced by their consistently high rating on DealerRater," said Mark Sokal, President of Sokal Media Group.

LEGAL NOTICE AND TERMS OF USE: The content of the above press release was provided by the “news source” SOKAL or authorized agency, who is solely responsible for its accuracy. Send2Press® is the originating wire service for this story and content is Copr. © SOKAL with newswire version Copr. © 2016 Send2Press (a service of Neotrope). All trademarks acknowledged. Information is believed accurate, as provided by news source or authorized agency, however is not guaranteed, and you assume all risk for use of any information found herein/hereupon.