Why the Church of Scientology and Scientologists Support Drug Prevention

LOS ANGELES, Calif., June 28, 2021 (SEND2PRESS NEWSWIRE) — This weekend on International Day Against Drug Abuse and Illicit Trafficking, and throughout the year, the Church of Scientology International and Scientologists help youth make the self-determined decision to live drug-free. Why? Because drug prevention works. And it saves young lives. 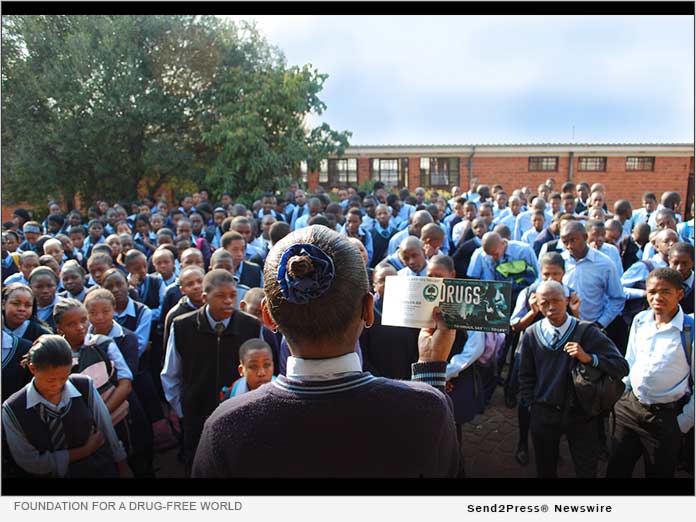 PHOTO CAPTION: Churches of Scientology and Scientologists support Foundation for a Drug-Free World and promote drug education and prevention in their communities throughout the year.

After a year marked by soaring drug overdose and drug-related violent crime, the United Nations Office on Drugs and Crime chose a theme for International Day Against Drug Abuse and Illicit Trafficking, June 26, that resonates with Scientologists who live the motto throughout the year—Share Facts on Drugs: Save Lives.

One teacher who uses the program shared why he recommends the Foundation for a Drug-Free World’s Truth About Drugs program to anyone wishing to help kids on this urgent subject. “Exposure to this program could be the one thing that prevents them from traveling the road to addiction.”

Another, who has used Drug-Free World materials as part of her curriculum for years, describes them as “a powerful tool to inform students and teachers of the dangers of drug use and abuse.”

A police officer told the Foundation, “I teach a course on street drugs and drug-free education as part of my law enforcement/criminal justice program to high school juniors and seniors,” and he wants to spread the word and to be listed as a Drug-Free World chapter.

On the International Day Against Drug Abuse and Illicit Trafficking campaign website, the UN “invites everyone to do their part, by taking a firm stance against misinformation and unreliable sources; while committing to sharing only the real science-backed data on drugs and save lives.”

The award-winning Truth About Drugs initiative:

To make these materials available to anyone wishing to tackle the drug crisis, the Church of Scientology International Dissemination and Distribution Center in Los Angeles, California, produces and ships out Truth About Drugs booklets, DVDs and education packages free of charge to parents, educators, law enforcement, community groups and nonprofits.

*Caption: Churches of Scientology and Scientologists support Foundation for a Drug-Free World and promote drug education and prevention in their communities throughout the year.