In this role, Laurie is largely responsible for ensuring that state, federal and investor-level compliance changes are analyzed and implemented into DocMagic’s Web-based platform, which audits and detects errors with loan transaction data. Laurie will also work to establish new and expanded compliance audits, oversee DocMagic’s numerous high-cost tests, assist in maintaining DocMagic’s extensive electronic forms library and shepherd various projects for DocMagic’s customers. In addition, she will be a key contributor to The Compliance Wizard, a monthly newsletter that keeps DocMagic’s clients apprised of significant compliance changes and trends.

“In today’s volatile market, we know that change is the only constant; now more than ever it is imperative to remain in compliance amid an incredibly fluid, unforgiving business environment,” says Dominic Iannitti, president and chief executive officer of DocMagic. “Laurie’s astute understanding in this area will help us better serve our most valued asset – our clients.”

Most recently, Laurie held the position of interim director of mortgage compliance at Kinecta Federal Credit Union, one of the nation’s largest credit unions, with approximately $3.5 billion in assets and nearly 222,000 members nationwide. While at Kinecta, she was part of a team tasked with expanding Kinecta’s wholesale mortgage lending business into 17 new states in 2010. Prior to Kinecta, Laurie was vice president and senior compliance officer at ResMAE Mortgage Corporation, a wholesale specialty residential mortgage lender and servicer. Before ResMAE, Laurie was the assistant vice president and senior project manager of home loans and insurance services implementations at Washington Mutual. She also held the position of assistant vice president of policies and procedures at Long Beach Mortgage.

Laurie holds more than 15 years of compliance and risk management experience, and has held senior roles in compliance, operations, project management and process implementation. She is an active member of the Mortgage Banker Association and regularly authors articles on compliance-related topics.

About DocMagic:
Founded in 1988 and headquartered in Carson, Calif., DocMagic, Inc. is a mortgage technology company that develops software, processes and web-based systems for the production and delivery of compliant loan document packages. DocMagic provides compliance expertise regarding the completion of all applicable forms and both guarantees and warrants that all agency forms are up-to-date and in compliance with GSE requirements. DocMagic’s compliance experts and in-house legal staff constantly monitor legal and regulatory changes at both the federal and state levels to ensure accuracy. For more information on DocMagic, visit: www.docmagic.com . 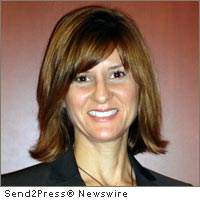 NEWS ARCHIVE NOTE: this archival news content, issued by the news source via Send2Press Newswire, was originally located in the Send2Press® 2004-2015 2.0 news platform and has been permanently converted/moved (and redirected) into our 3.0 platform. Also note the story “reads” counter (bottom of page) does not include any data prior to Oct. 30, 2016. This press release was originally published/issued: Wed, 09 Mar 2011 11:59:33 +0000