KIRKLAND, Wash., Sept. 19, 2011 (SEND2PRESS NEWSWIRE) — If one of your aging parents suddenly needs help with the tasks of daily living, who will provide it? You? “If that’s your default plan,” says Craig Smith, President of LTC Financial Partners LLC (LTCFP), “be prepared for sticker shock. Your services don’t come free.” LTCFP is one of the nation’s largest and most experienced long-term care insurance agencies.

Do-it-yourself caregiving can be very expensive, Smith asserts. “In fact long-term care insurance, even with premium payments extending over 30 years, can be much cheaper.”

This assertion is based on a recent report published by the MetLife Mature Market Institute, “The MetLife Study of Caregiving Costs to Working Caregivers: Double Jeopardy for Baby Boomers Caring for Their Parents.” For America’s 10 million employed caregivers, lifetime losses in pay, pensions, and social security benefits total an estimated $3 trillion, according to the study. That amounts to $304,000 per worker.

“It will cost you a fraction of that for insurance, so you have the money to pay a professional to care for your parent,” says Smith.

The numbers:
– A good policy costs just hundreds to thousands of dollars per year depending on the covered person’s age, health, and benefit features desired.
– That’s far less than the $304,000 lifetime-earnings hit even if premiums are paid for 30 years or more.

Of course, there’s a chance that none of your parents (typically four per couple), will ever need long-term care. But don’t count on it. According to the U.S. Department of Health and Human Services, at least 70% of Americans over 65 will need long-term care at some point.

“People often reject long-term care insurance because they think it’s expensive,” says Smith. “But the opposite is true. It’s one of biggest bargains around.”

LTCFP has over 500 agents covering all parts of the U.S., listed by state at www.ltcfp.com. “They’re ready to help people compare policies, from multiple carriers, that offer varying feature sets and costs to fit all budgets,” says Smith. Online information and free literature are also available.

Rapidly expanding, LTCFP has openings for new agents in many regions. Information is available at http://www.ltcinsurancecareer.com . For four years in a row, Inc. Magazine has included LTCFP in its annual ranking of the nation’s 5000 fastest-growing companies. 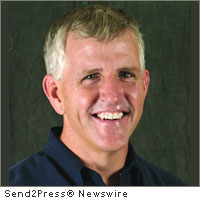 NEWS ARCHIVE NOTE: this archival news content, issued by the news source via Send2Press Newswire, was originally located in the Send2Press® 2004-2015 2.0 news platform and has been permanently converted/moved (and redirected) into our 3.0 platform. Also note the story “reads” counter (bottom of page) does not include any data prior to Oct. 30, 2016. This press release was originally published/issued: Mon, 19 Sep 2011 08:59:22 +0000