PHILADELPHIA, Pa., Oct. 3, 2019 (SEND2PRESS NEWSWIRE) — The Animal Care and Control Team of Philadelphia (ACCT Philly) Board of Directors today announced Aurora Velazquez as the new Executive Director of the City’s animal shelter. Velazquez will begin her new role on November 4, 2019. 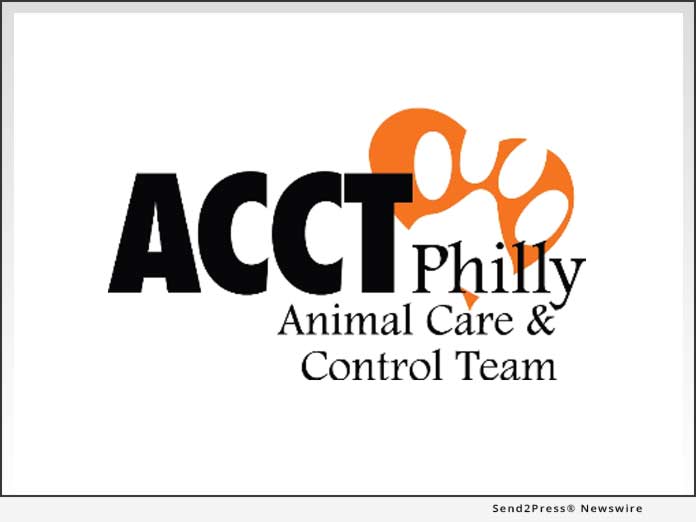 Velazquez comes from the Animal Care Centers of NYC, most recently serving as the organization’s Chief Operating Officer. Throughout her tenure, she spearheaded the organization’s focus on surrender prevention and community-oriented services. She also played a key role in developing and driving programs which resulted in a 25 percent reduction in intake of cats and dogs since 2014 and huge strides in lifesaving, achieving a placement rate of 92.5 percent in 2018—ACC of NYC’s highest ever.

Prior to joining the ACC of NYC in 2011, Velazquez mentored agencies around the country on the operational aspects of establishing high quality, high volume spay/neuter clinics, including staff management, policy development and metrics analysis. She brings more than 15 years of experience in animal sheltering operations including management, operational and leadership expertise.

“ACCT has faced significant challenges for many years. With an intake of more than 18,000 animals annually, a tight budget and aging building, finding the right leader to take ACCT to the next level was a daunting task,” said Marsha Perelman, chair of the Search Committee and a member of ACCT’s Board of Directors since late 2018. “There are many improvements that are planned for or in progress at ACCT, and I’m thrilled that someone with Aurora’s experience and leadership skills will oversee the implementation of them. Having an executive director with Aurora’s knowledge and experience is a huge win for the animals, for the organization and for the city.”

“I’m tremendously honored to have been selected for such an important role, at such a pivotal time,” said Velazquez. “I’m eager to get in there, learn from the ACCT team, and work with the community to help realize all the potential this organization has, so we may better serve the animals and people of Philadelphia.”

The organization also announced earlier today the successful completion of a two-day intensive training by national shelter medicine experts aimed at facilitating the implementation of new procedures that will improve shelter operations, reduce the length of stay for its animals, and ensure that animals in its care receive top-level care and compassion. In addition, ACCT recently broke ground on the construction of a new welcome center, funded by a generous grant from the Petco Foundation.

This comes on the heels of the news that the City’s Vector Services, currently sharing the West Hunting Park facility, will be relocated and ACCT will be able to utilize an additional 9,000 square feet in the facility in late winter. As part of ongoing improvement, the organization will also replace its outdated kennels and the drainage system in early 2020.

As the Executive Director of ACCT Philly, Velazquez will oversee these improvements to the city’s only open admission shelter and will work with life-saving, medical and adoptions staff and community partners to continue to strengthen the organization and help Philadelphia’s homeless pets.

View More Pets and Veterinary News
"I'm tremendously honored to have been selected for such an important role, at such a pivotal time," said Velazquez.

ABOUT THE NEWS SOURCE:
ACCT Philly

LEGAL NOTICE AND TERMS OF USE: The content of the above press release was provided by the “news source” ACCT Philly or authorized agency, who is solely responsible for its accuracy. Send2Press® is the originating wire service for this story and content is Copr. © ACCT Philly with newswire version Copr. © 2019 Send2Press (a service of Neotrope). All trademarks acknowledged. Information is believed accurate, as provided by news source or authorized agency, however is not guaranteed, and you assume all risk for use of any information found herein/hereupon.