"Technology is a major concern due to regulatory compliance requirements and in allowing the millennial generation to have a greater role in the housing industry," Rieke said. "Under CEO Jeff Bode's vision and through utilization of Mortgage Machine, Mid America Mortgage enables its TPO partners to utilize technology-based solutions to combat an ever-changing regulatory landscape."

“Mid America has always placed a special emphasis on our third-party originators,” Bode said. “Combining Adam’s operational skills with the broker-specific functionality available through Mid America’s proprietary software system, Mortgage Machine, creates a unique opportunity to further enhance the value Mid America’s TPO channel provides, and together, we believe we can make the wholesale process so much better for our brokers.”

“Technology is a major concern due to regulatory compliance requirements and in allowing the millennial generation to have a greater role in the housing industry,” Rieke said. “Under CEO Jeff Bode’s vision and through utilization of Mortgage Machine, Mid America Mortgage enables its TPO partners to utilize technology-based solutions to combat an ever-changing regulatory landscape. In so doing, Mid America has attracted quality brokers, bankers, and depositories. By providing the necessary ‘ease-of-use,’ it has also freed its TPO partners to focus on their strength, the origination of residential mortgage loans.”

One of Rieke’s initiatives as director of national TPO lending is to restore the human element to the review process.

“While the advent of automated underwriting has created some efficiencies in certain segments of the credit spectrum, we believe it has also turned ‘human underwriting’ into a lost art,” he explained. “Mid America is committed to employing the most competent, experienced underwriters in our industry. Our goal is to promote lending opportunities that are mostly overlooked by larger lending institutions, due to their dependency on automated underwriting.”

“Mid America’s long history of TPO lending in a constantly evolving market has resulted in a distinct understanding of the challenges facing brokers today. I am thrilled to be working within such a special culture,” Rieke added. “Mid America Mortgage is committed to restoring prominence to TPO Lending, with a particular emphasis on the on the government-backed mortgage products catering to the first-time homebuyer. These programs fill a gap for a population sector that has been largely forgotten or shut out of the opportunity to purchase or refinance their home at historically low interest rates.”

About Mid America:
Additional information about Mid America Mortgage, Inc. can be found on the company’s website at http://www.midamericamortgage.com/about/. 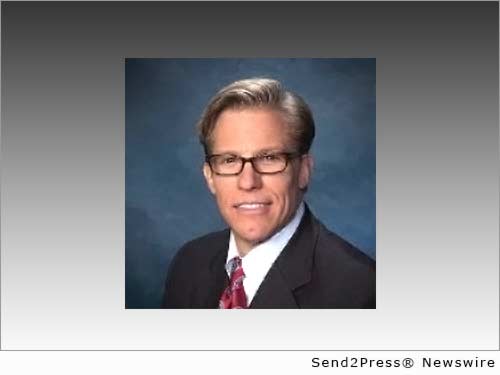 NEWS ARCHIVE NOTE: this archival news content, issued by the news source via Send2Press Newswire, was originally located in the Send2Press® 2004-2015 2.0 news platform and has been permanently converted/moved (and redirected) into our 3.0 platform. Also note the story “reads” counter (bottom of page) does not include any data prior to Oct. 30, 2016. This press release was originally published/issued: Thu, 02 Apr 2015 13:29:07 +0000

View More Banking News
"Technology is a major concern due to regulatory compliance requirements and in allowing the millennial generation to have a greater role in the housing industry," Rieke said. "Under CEO Jeff Bode's vision and through utilization of Mortgage Machine, Mid America Mortgage enables its TPO partners to utilize technology-based solutions to combat an ever-changing regulatory landscape."

Click n' Close, Inc., formerly known as Mid America Mortgage, is a multi-state mortgage lender serving consumers and mortgage originators through its wholesale and correspondent channels and is also the nation's leading provider of Section 184 home loans for Native Americans. In operation since 1940, Click n' Close has thrived by retaining its entrepreneurial spirit and leading the market in innovation, including its adoption of eClosings and eNotes.

LEGAL NOTICE AND TERMS OF USE: The content of the above press release was provided by the “news source” Click n' Close Inc. or authorized agency, who is solely responsible for its accuracy. Send2Press® is the originating wire service for this story and content is Copr. © Click n' Close Inc. with newswire version Copr. © 2015 Send2Press (a service of Neotrope). All trademarks acknowledged. Information is believed accurate, as provided by news source or authorized agency, however is not guaranteed, and you assume all risk for use of any information found herein/hereupon.