NEW YORK CITY, N.Y., March 20, 2019 (SEND2PRESS NEWSWIRE) — American artist XVALA will open his MEME PARTY campaign with an extreme modification of Banksy’s mural painting of Steve Jobs in Calais, France, known as “The Son of a Migrant from Syria.” XVALA will unveil his work at an event on April 27, 2019 in the Bowery. All pieces in the campaign make use of a variety of politically-charged and often controversial memes. 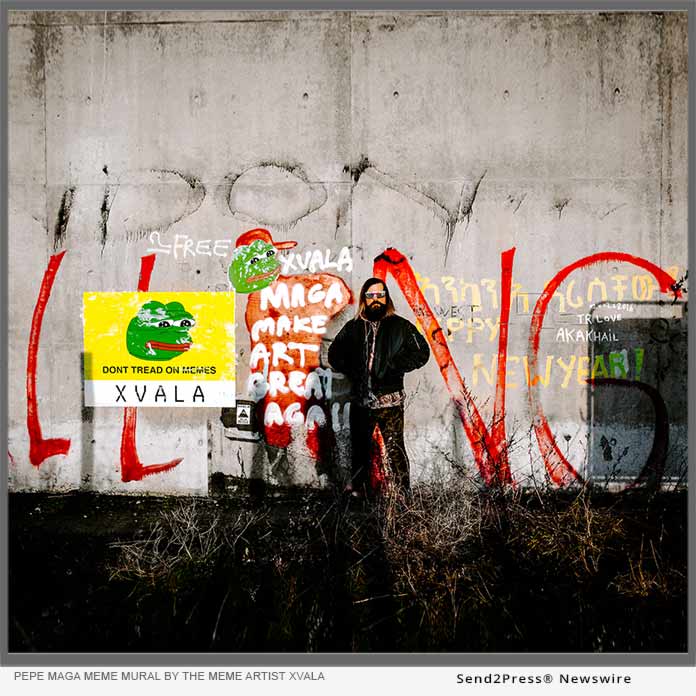 MEME PARTY consists of a series of art pieces and experiences created by XVALA to protest technological censorship. His concern is the loss of both freedom of information and freedom of expression in modern life due to invasive governmental and technological entities. The artist has chosen to use memes from websites such as 4chan, 8chan and Reddit as symbols to protest the reach of companies such as Apple, Facebook, Google, and Twitter as well as government agencies, in the lives of common people. He hopes his art will encourage open, public discussion of these issues.

The MEME PARTY campaign will culminate at a later date with a film documenting the artist’s three-year journey to conceptualize and realize each experience and work of art.

XVALA is an artist whose work most often lies at the intersection of art and technology, appropriating spaces, materials and subject matter that others have overlooked as artistic tools. He is known for being controversial in both subject (including images of Britney Spears with her head shaved and leaked nude images of Scarlett Johansson) and materials (including items salvaged from the garbage of Mark Zuckerberg, Steve Jobs and Jack Dorsey).

He is best known for his “Fear Google” campaign, which targeted the unavoidable loss of privacy that results from a modern, high-tech lifestyle.

Regarding MEME PARTY, XVALA says, “At this time the idea of free speech is a polarizing issue. People feel cheated that they can’t share jokes or say the obvious. I’m here to value unfiltered internet and meme culture. Memes represent true unfiltered internet culture and that’s both dangerous and awesome. This is the most dangerous street art ever created because I’m standing up and saying no to the narrative pushed by the heads of tech companies and the heads of state.” 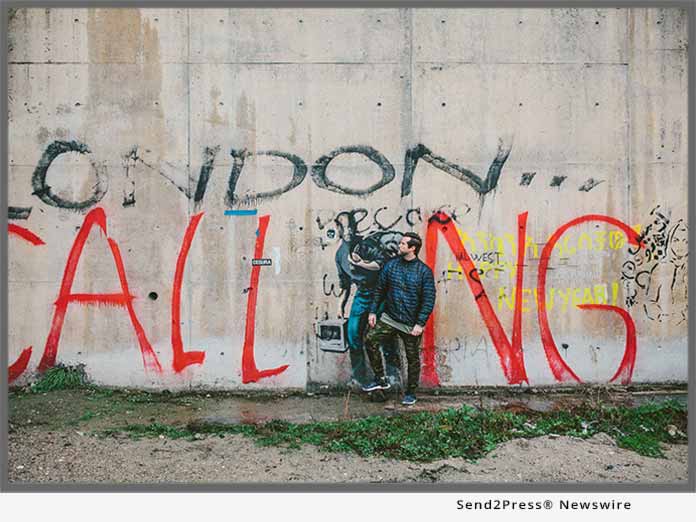 View More Fine Art and Artists News
"At this time the idea of free speech is a polarizing issue. People feel cheated that they can't share jokes or say the obvious," says XVALA.

LEGAL NOTICE AND TERMS OF USE: The content of the above press release was provided by the “news source” XVALA or authorized agency, who is solely responsible for its accuracy. Send2Press® is the originating wire service for this story and content is Copr. © XVALA with newswire version Copr. © 2019 Send2Press (a service of Neotrope). All trademarks acknowledged. Information is believed accurate, as provided by news source or authorized agency, however is not guaranteed, and you assume all risk for use of any information found herein/hereupon.