San Francisco, as seen through the eyes of a musician, shines in animated new musical short from Jour Majesty 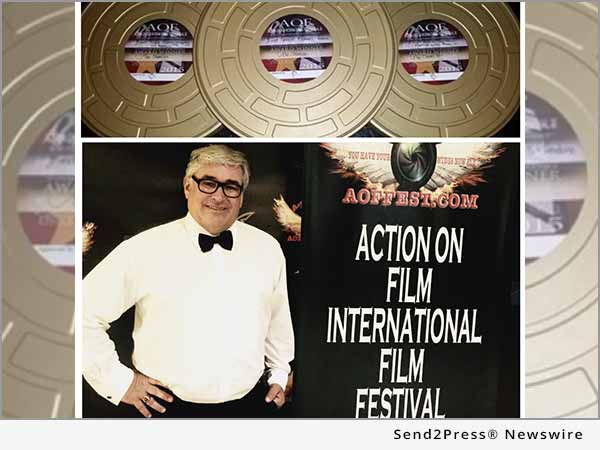 This lushly animated film follows the romantic complications of two musicians as their troubles unfold against the rain-slicked streets of San Francisco. Inspired by a chance meeting in a hotel lobby that stirred up one of Perry’s favorite lines from Hemingway’s classic “A Moveable Feast” — “She was very pretty with a face fresh as a newly minted coin if they minted coins in smooth flesh with rain-freshened skin, and her hair black as a crow’s wing and cut sharply and diagonally across her cheek” — the film captures the spirit of San Francisco as seen through Perry’s eyes that day: wet, ephemeral and very much alive.

Famed UK music journalist Alex Faulkner has compared Jour Majesty’s music to the “rootsy Americana” of The Band as well as more modern artists, such as Ryan Adams.

The organic result of Perry’s successful commercial career in film, animation and audio engineering, combined with his band Jour Majesty’s many recent successes, “Empty Box of Wine” sparks a captivating conversation about the fleeting infatuations that compose the days, months and years of our lives.

The Action on Film International Film Festival ran September 2 through the 9th; screenings were held at the Krikorian Monrovia Cinema 12 & LFX. The black tie awards dinner was held on Saturday, September 10 at the Westin Hotel Pasadena.

About the Filmmaker:
Michael C. Perry is a Los Angeles-based filmmaker and musician; currently he is the lead singer of chart- topping indie folk band Jour Majesty. A graduate of the USC School of Cinema, Perry has enjoyed a successful career in both commercial film and audio engineering.

Los Angles based Michael C. Perry is a combination of filmmaker, music producer and artist. After graduating from USC School of Cinema, he began directing television commercials, then migrated to sound engineering and record producing. In the late 1990’s Michael produced numerous successful projects. Recently, Perry formed the band “Jour Majesty” which became #2 on the Indie Folk charts in 2015.

LEGAL NOTICE AND TERMS OF USE: The content of the above press release was provided by the “news source” Michael C. Perry or authorized agency, who is solely responsible for its accuracy. Send2Press® is the originating wire service for this story and content is Copr. © Michael C. Perry with newswire version Copr. © 2016 Send2Press (a service of Neotrope). All trademarks acknowledged. Information is believed accurate, as provided by news source or authorized agency, however is not guaranteed, and you assume all risk for use of any information found herein/hereupon.