Claire Hicks, M.D., Four Seasons Compassion for Life, Named Physician of the Year by Association for Home and Hospice Care of North Carolina

"I always bring a deep sense of curiosity about who I'm caring for to my work," Hicks explains. "I want to know how the patient and family got where they are in terms of their illness and lives."

RALEIGH, N.C., April 28, 2015 (SEND2PRESS NEWSWIRE) — Claire Hicks, M.D., with Four Seasons Compassion for Life, Flat Rock, has been named 2015 Physician of the Year by the Association for Home and Hospice Care of North Carolina.

The award is presented annually to a North Carolina physician who has demonstrated a philosophical commitment to the assistance of home care or hospice patients who wish to remain at home during serious illness or at end of life.

To qualify for the award, the physician has to actively support the aims and objectives of home care and hospice, according to Four Seasons Chief Medical Officer Janet Bull, who was present for the presentation.

“Dr. Hicks is a proven physician leader deserving of this recognition,” she says. “Her role as a functioning and practicing member of the home hospice team remains a key to the quality of care to which Four Seasons is committed. Her contributions to our organization’s diversity awareness, her interest and training in narrative medicine, patient advocacy and staff mentorship are all exceptional.”

The award was presented to Hicks by AHHC President and CEO Timothy Rogers at a luncheon yesterday during the 43rd Annual Convention and Expo at the Sheraton Imperial Hotel and Convention Center in the Research Triangle Park.

“I always bring a deep sense of curiosity about who I’m caring for to my work,” Hicks explains. “I want to know how the patient and family got where they are in terms of their illness and lives.”

Patients living with a serious illness or approaching end of life require a particular type of attention in her role as a home care physician, she says.

Most recently, Hicks has introduced narrative medicine, the healing power of story, into her work with hospice patients and staff. She considers the art of listening to a patient’s story to be as important a skill as pain management.

“Every encounter with every patient, how one practices the art of medicine, is a creative process,” Hicks says. “Figuring out how to meet peoples’ needs is how that creativity comes.”

The Physician of the Year award is the second state recognition garnered by Four Seasons Compassion for Life yesterday. N.C. House Resolution 842, “Honor Hendersonville Hospice,” was sponsored by Representatives Chuck McGrady (R-District 117) and Chris Whitmire (R-District 113). Read from the floor of the House last evening, the resolution honored the memory of western North Carolina visionary and volunteer hospice founder Jean Moulthrop Hoogstra, and the exceptional contributions of Four Seasons Compassion for Life.

About Four Seasons:
Four Seasons Compassion for Life – http://www.fourseasonscfl.org/ – is a 501(c)3 non-profit organization with a dedicated team of health care professionals, social workers, spiritual care professionals and volunteers deeply committed to its mission of “Co-Creating The Care Experience.” Nationally known for its leadership in innovative, quality hospice and palliative care services, and serving western North Carolina, Four Seasons is a former Circle of Life award recipient by the American Medical Association. 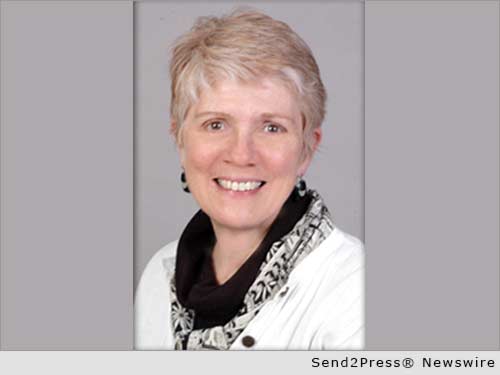 Alternate Headline: Claire Hicks M.D. Named Physician of the Year by Association for Home and Hospice Care of North Carolina

NEWS ARCHIVE NOTE: this archival news content, issued by the news source via Send2Press Newswire, was originally located in the Send2Press® 2004-2015 2.0 news platform and has been permanently converted/moved (and redirected) into our 3.0 platform. Also note the story “reads” counter (bottom of page) does not include any data prior to Oct. 30, 2016. This press release was originally published/issued: Tue, 28 Apr 2015 06:00:46 +0000

Physician of the Year

View More Awards and Honors News
"I always bring a deep sense of curiosity about who I'm caring for to my work," Hicks explains. "I want to know how the patient and family got where they are in terms of their illness and lives."