"We've had some major accomplishments and company milestones in the last year and are pleased that the editorial team at HousingWire has recognized our innovations and industry contributions," said Dominic Iannitti, president and CEO of DocMagic.

HousingWire states that more than 250 companies were evaluated by HousingWire editors for the 2015 program, which looks at technology innovation along six different categories: uniqueness of solution, growth, market influence, market potential, elegance of implementation, and “something else entirely” — a catch-all for disruption and other factors that drive innovation.

“This year we were struck by the level of innovation we saw, with 40 new additions to the HW TECH100,” stated Jacob Gaffney, executive editor at HousingWire. “That speaks to how much change is taking place in the mortgage industry overall right now; we’re seeing a lot of market disruption, and technology providers are clearly taking advantage of the opportunity that creates.”

DocMagic has grown at an enviable rate over the past year, adding new staff, signing marquee clients, acquiring eSignSystems and Doc-Tech Corporation, and working closely with the Consumer Financial Protection Bureau (CFPB) on its eClosing pilot program, among other significant projects.

The company’s future growth plans are aggressive. They include penetrating new markets, developing into a single-source eServices provider that is the nucleus of the eMortgage process, and continuing to guide the mortgage industry to adopt paperless origination and closing processes.

“We’ve had some major accomplishments and company milestones in the last year and are pleased that the editorial team at HousingWire has recognized our innovations and industry contributions,” said Dominic Iannitti, president and CEO of DocMagic. “Making the HW TECH100 list is the direct result of the amazing people we have working for us, their passion for and commitment to developing leading technology solutions and providing unparalleled customer support.”

About DocMagic:
DocMagic, Inc. is a leading provider of fully-compliant loan document preparation, compliance, eSign and eDelivery solutions for the mortgage industry. Founded in 1988 and headquartered in Torrance, Calif.,

About HousingWire:
HousingWire is the nation’s most influential industry news source covering the U.S. housing economy, spanning residential mortgage lending, servicing, investments and real estate operations. Winner of numerous awards, including a 2012 Eddie Award for national editorial excellence in the B2B Banking/Business/Finance category, HousingWire has been recognized for excellence in journalism by the Society of Business Editors and Writers, the American Society of Business Press Editors, the National Association of Real Estate Editors, and Trade Association Business Publications International. Learn more at http://www.housingwire.com/.

About the HW TECH100:
The HW TECH100(TM) highlights the housing economy’s 100 most innovative technology companies, along six unique dimensions of innovation. The annual awards program is the only program of its kind to include technology serving both the U.S. residential real estate and U.S. residential mortgage industries. Learn more at http://tech100.housingwire.com/. 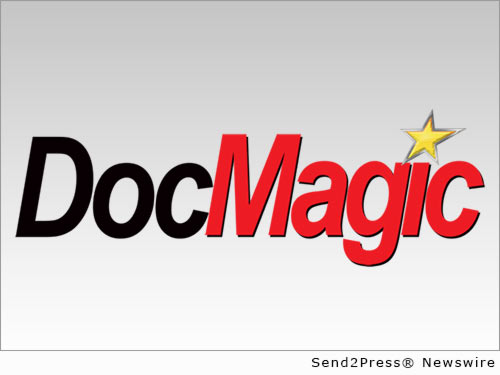 NEWS ARCHIVE NOTE: this archival news content, issued by the news source via Send2Press Newswire, was originally located in the Send2Press® 2004-2015 2.0 news platform and has been permanently converted/moved (and redirected) into our 3.0 platform. Also note the story “reads” counter (bottom of page) does not include any data prior to Oct. 30, 2016. This press release was originally published/issued: Tue, 17 Mar 2015 09:00:04 +0000

View More Awards and Honors News
"We've had some major accomplishments and company milestones in the last year and are pleased that the editorial team at HousingWire has recognized our innovations and industry contributions," said Dominic Iannitti, president and CEO of DocMagic.

LEGAL NOTICE AND TERMS OF USE: The content of the above press release was provided by the “news source” DocMagic, Inc. or authorized agency, who is solely responsible for its accuracy. Send2Press® is the originating wire service for this story and content is Copr. © DocMagic, Inc. with newswire version Copr. © 2015 Send2Press (a service of Neotrope). All trademarks acknowledged. Information is believed accurate, as provided by news source or authorized agency, however is not guaranteed, and you assume all risk for use of any information found herein/hereupon.