PALO ALTO, Calif., June 29, 2021 (SEND2PRESS NEWSWIRE) — Fanplayr, the leader in online behavioral personalization and artificial intelligence, announces it will continue its global expansion with a presence in the Middle East and North Africa through a partnership with Magnify Solutions – a woman-led reseller based in Dubai. The new partnership will allow Fanplayr to bring its full line of e-commerce behavioral products and patented Segmentation-as-a-Service to major manufacturers and businesses operating in MENA and nearby regions. 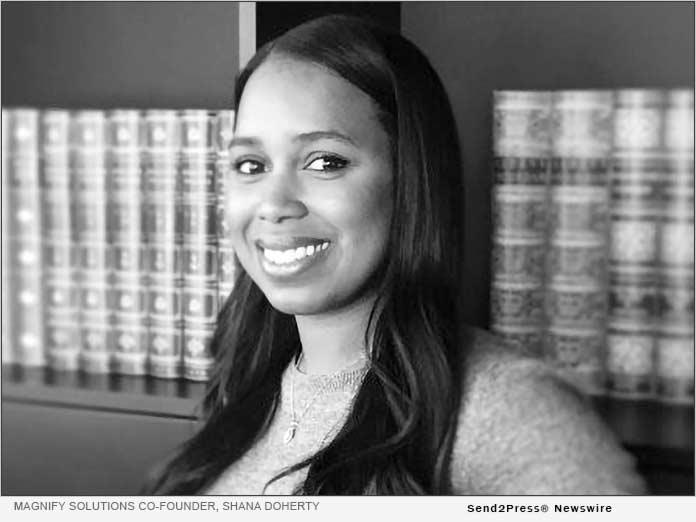 Reseller Magnify Solutions is led by co-founder Shana Doherty, who was noted in the ‘Top 100 Most Inspiring Female Entrepreneurs’ by Small Business Britain’s f:Entrepreneur campaign in January 2021. Doherty also was recognized by the UK Foreign & Commonwealth Office’s ‘2020 Great Inspirations’ campaign for founding Generosity Bank, and by an Entrepreneur campaign highlighting businesses founded by leaders from diverse backgrounds.

“Shana is an inspiring leader and a savvy businessperson with a great track record for helping businesses develop their e-commerce and adtech capabilities,” said Simon Yencken, Fanplayr CEO and Co-founder. “We are excited to work with Shana and her team in bringing Fanplayr’s products to the MENA region.”

The new partnership will allow Magnify Solutions to offer Fanplayr’s e-commerce solutions to both existing and new customers in the region. “We are delighted to represent Fanplayr in the MENA region, working with both local home grown and global brands to bolster their e-commerce capabilities with Fanplayr’s advanced capabilities, including its patented ‘Segmentation-as-a-Service,’” says Doherty.

Fanplayr already has begun working with customers in the MENA region, including a major holding company agency and software brand. “Significant revenue potential exists in the Middle East, and we’re anxious to capitalize on it by offering the kind of real-time, actionable data that is unique to Fanplayr products,” says Yencken.

Expansion of products and customer service to the Middle East comes as a continuation of Fanplayr’s strategic growth, including agreements within the past 6 months with key partners in the UK and Latin America and the acquisition of reseller Jamu Inc. in Japan.

View More e-Commerce News
"Shana is an inspiring leader and a savvy businessperson with a great track record for helping businesses develop their e-commerce and adtech capabilities," said Simon Yencken, Fanplayr CEO and Co-founder. "We are excited to work with Shana and her team in bringing Fanplayr's products to the MENA region."

LEGAL NOTICE AND TERMS OF USE: The content of the above press release was provided by the “news source” Fanplayr or authorized agency, who is solely responsible for its accuracy. Send2Press® is the originating wire service for this story and content is Copr. © Fanplayr with newswire version Copr. © 2021 Send2Press (a service of Neotrope). All trademarks acknowledged. Information is believed accurate, as provided by news source or authorized agency, however is not guaranteed, and you assume all risk for use of any information found herein/hereupon.