"Sean's commitment to his craft is outstanding," said Steve Needle, Managing Principal of Employer Services for The McCart Group. "He brings high energy to his work and his team. Our clients will truly benefit from his knowledge and experience."

Leonard will serve as Director of Account Executives for Group Benefits for EPIC’s operations in the southeast. In this role, Leonard will lead the benefits service team by increasing efficiencies, consistency and overall service excellence to clients. Leonard will also oversee strategy development and support and management of the account team while producing and managing his own book of business.

Before joining EPIC, Leonard worked in Human Resources for Kohl’s and Nordstrom, Inc. where he was involved with hiring, training and implementing HR practices for store operations.

In 2002, Leonard transitioned into Benefits Consulting. In this role, Leonard created and implemented employee engagement programs and comprehensive, year-round benefits as well as cost saving strategies. In 2006, Leonard joined Northwestern Benefit Corp. as a Large Group Benefit Consultant, where he maintained a nearly 100 percent client retention rate over the 7-plus years he worked there, prior to joining The McCart Group.

“Sean’s commitment to his craft is outstanding,” said Steve Needle, Managing Principal of Employer Services for The McCart Group. “He brings high energy to his work and his team. Our clients will truly benefit from his knowledge and experience.”

Leonard attended the University of Tennessee, where he studied Marketing and Communications. He is a lifelong fan of the Chicago Cubs, which is evidenced by his dog’s name, Wrigley, whom he adores. In addition, Sean is an avid runner, having completed several 5Ks and half marathons.

About EPIC:
EPIC (Edgewood Partners Insurance Center) is a unique and innovative retail property & casualty and employee benefits insurance brokerage and consulting firm. EPIC has created a values-based, client-focused culture that attracts and retains top talent, fosters employee satisfaction and loyalty and sustains a high level of customer service excellence. EPIC team members have consistently recognized their company as a “Best Place to Work” in multiple regions across California and as a “Best Place to Work in the Insurance Industry” nationally.

With more than $100 million in revenues, EPIC ranks among the top 30 retail insurance brokers in the United States. Backed by the Carlyle Group and Stone Point Capital, the company’s strategic plan calls for a dramatic increase in revenue ($250 million by 2018) and further expansion across the country. Learn more: http://www.edgewoodins.com/. 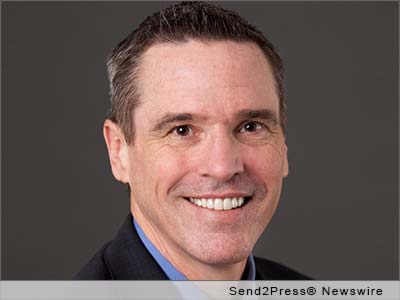 NEWS ARCHIVE NOTE: this archival news content, issued by the news source via Send2Press Newswire, was originally located in the Send2Press® 2004-2015 2.0 news platform and has been permanently converted/moved (and redirected) into our 3.0 platform. Also note the story “reads” counter (bottom of page) does not include any data prior to Oct. 30, 2016. This press release was originally published/issued: Thu, 27 Feb 2014 09:00:24 +0000

View More Business News
"Sean's commitment to his craft is outstanding," said Steve Needle, Managing Principal of Employer Services for The McCart Group. "He brings high energy to his work and his team. Our clients will truly benefit from his knowledge and experience."