"With EPIC's focus on national expansion, Mike's exceptional knowledge of mergers and acquisitions, coupled with his expert planning and analysis skills, make him an outstanding addition to our executive team," said John Hahn, co-founder and CEO of EPIC.

Gonthier brings more than 20 years of experience in operations, information technology, finance and administration to EPIC. His fields of expertise include insurance, financial services, and high technology.

“With EPIC’s focus on national expansion, Mike’s exceptional knowledge of mergers and acquisitions, coupled with his expert planning and analysis skills, make him an outstanding addition to our executive team,” said John Hahn, co-founder and CEO of EPIC.

As CFO for EPIC, Gonthier will be responsible for overseeing all Finance and Accounting, Human Resources and Information Technology functions across the organization. Additionally, Gonthier will provide support to the firm’s managing principals and branch leaders by assisting them with financial planning and economic modeling. Gonthier will also oversee all fiscal and fiduciary responsibilities for EPIC.

“The opportunity to develop and execute strategy for a organization that is aggressively pursuing national expansion is exciting. This, combined with EPIC’s core values of ownership, innovation and work/life balance, makes it a rare opportunity and I am excited to be joining this team,” shared Gonthier.

About EPIC:
EPIC is a unique and innovative retail property and casualty, and employee benefits insurance brokerage and consulting firm. EPIC has created a values-based, client-focused culture that attracts and retains top talent, fosters employee satisfaction and loyalty and sustains a high level of customer service excellence. EPIC team members have consistently recognized their company as a “Best Place to Work” in multiple regions across California and as a “Best Place to Work in the Insurance Industry” nationally.

With more than $100 million in revenues, EPIC ranks among the top 30 retail insurance brokers in the United States. Backed by the Carlyle Group and Stone Point Capital, the company’s strategic plan calls for a dramatic increase in revenue ($250 million by 2018) and further expansion across the country. For additional information, please visit http://www.edgewoodins.com/. 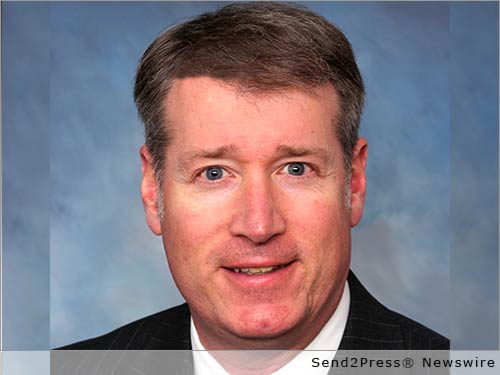 NEWS ARCHIVE NOTE: this archival news content, issued by the news source via Send2Press Newswire, was originally located in the Send2Press® 2004-2015 2.0 news platform and has been permanently converted/moved (and redirected) into our 3.0 platform. Also note the story “reads” counter (bottom of page) does not include any data prior to Oct. 30, 2016. This press release was originally published/issued: Mon, 14 Apr 2014 10:01:49 +0000

View More Banking News
"With EPIC's focus on national expansion, Mike's exceptional knowledge of mergers and acquisitions, coupled with his expert planning and analysis skills, make him an outstanding addition to our executive team," said John Hahn, co-founder and CEO of EPIC.