"I am honored to have been selected by Judge Furman to participate in the leadership of this case," said Ms. Greenwald. "For many months, we have worked with people from around the country - people who have lost a loved one in a GM-recalled vehicle and are grieving all over again knowing now why the accidents occurred."

The appointment increases the importance and influence of Weitz & Luxenberg in developing and carrying out the litigation strategies required to triumph over GM.

GM is the target of consumer lawsuits due to fatalities, bodily harm, and property damage arising from defective ignition switches and other problems plaguing recalled cars made by the automotive giant.

As liaison counsel, Ms. Greenwald will serve as the point of contact between the federal MDL court of the Hon. Jesse Furman in the Southern District of New York and the plaintiffs’ counsel.

Ms. Greenwald also will be responsible for seeing that the plaintiffs’ MDL court activities coordinate with GM-related proceedings underway in U.S. bankruptcy court in Manhattan.

“I am honored to have been selected by Judge Furman to participate in the leadership of this case,” said Ms. Greenwald.

Ms. Greenwald – in charge of the Weitz & Luxenberg Consumer Protection and Environmental Toxic Torts group – has been at the forefront of the law firm’s quest to obtain justice on behalf of thousands of consumers harmed by GM.

“For many months, we have worked with people from around the country – people who have lost a loved one in a GM-recalled vehicle and are grieving all over again knowing now why the accidents occurred,” she said.

“For many months, we have worked with other people who suffer permanent physical injuries from accidents caused by these defective vehicles.

“And for many months we have worked with yet others who have been fortunate not to have had accidents but every day fear driving while they await GM’s delayed recall repair.”

A former assistant chief of the U.S. Department of Justice’s Environmental Crimes Section, Ms. Greenwald said she believes that every person suffering from GM’s conduct deserves a day in court.

“My colleagues and I are anxious to begin the work to bring justice for everyone who has purchased one of the 13 million GM vehicles recalled for faulty ignition problems,” she said.

The class actions and personal injury lawsuits before the MDL court were transferred there from federal district courts nationwide in order to be consolidated for coordinated pretrial proceedings.

The actions brought against GM relate to claims of harm arising from economic loss and/or personal injury traceable to defective ignition switches in vehicles made by the company, Ms. Greenwald explained.

The original recall of GM vehicles covered 2.1 million vehicles manufactured between 2004 and 2012.

GM has since recalled over 10 million vehicles manufactured between 1997 and 2014, all for the same problem – defective ignition switches.

Court-watchers predict Judge Furman will at some point take steps to further define Ms. Greenwald’s role in the GM litigation.

Whatever shape her role ultimately takes, Ms. Greenwald’s appointment as liaison counsel guarantees her and her firm a prominent seat at the table, she indicated.

Currently, sitting at that table are 14 other attorneys from various firms. Each of these attorneys has been similarly tasked by the MDL court to help guide the GM actions, Ms. Greenwald said. 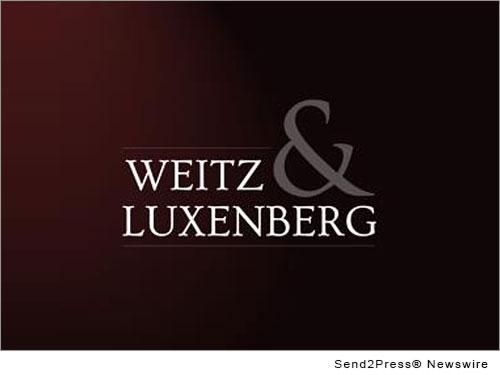 NEWS ARCHIVE NOTE: this archival news content, issued by the news source via Send2Press Newswire, was originally located in the Send2Press® 2004-2015 2.0 news platform and has been permanently converted/moved (and redirected) into our 3.0 platform. Also note the story “reads” counter (bottom of page) does not include any data prior to Oct. 30, 2016. This press release was originally published/issued: Tue, 26 Aug 2014 12:57:38 +0000

View More Automotive and Motorsports News
"I am honored to have been selected by Judge Furman to participate in the leadership of this case," said Ms. Greenwald. "For many months, we have worked with people from around the country - people who have lost a loved one in a GM-recalled vehicle and are grieving all over again knowing now why the accidents occurred."