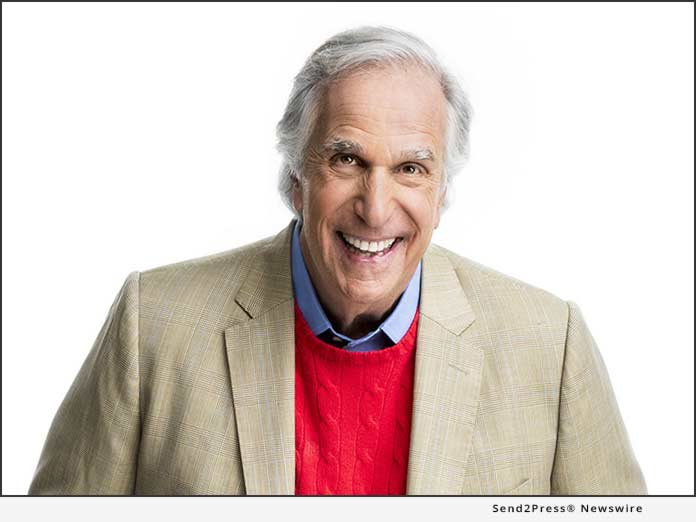 Winkler won the Emmy in 2018 for Best Supporting Actor in a Comedy Series for his role in the HBO series, “Barry,” and is perhaps, best known for his role as Fonzie in “Happy Days.” Winkler’s presentations are designed to inspire and entertain through humorous anecdotes and inspirational life lessons about overcoming adversity to his storied career in television and entertainment.

Josh Linkner, a five-time successful tech entrepreneur, keynote speaker, and CEO will deliver a clear call-to-action to the AGS membership: innovate and disrupt your organization to stay ahead of the competition, and embrace change for a brighter future.

As an inspiring pilot, Amelia Rose Earhart became one of the youngest women to fly a single-engine plane around the world. In her keynote, Amelia will teach the AGS community how to create a flight plan for success, define their “True North,” and achieve their goals.

Funnyman Joel Zeff returns as the emcee. Zeff, an acclaimed motivator, public speaker, humorist, and actor, is well-known to the AGS members as a past keynote and featured speaker at Conclave.

“In addition to our exciting lineup of keynote speakers, Conclave will feature a robust schedule of breakout sessions on topics vital to our industry, such as sustainability, security, and of course, sessions that help our members drive business, such as sales, marketing, gemology, and financial management,” said Alexis Padis, CGA, and Chair of the Conclave Subcommittee. “With numerous networking opportunities, Conclave is a great place for the AGS community to mingle and meet other like-minded professionals who share their mission of consumer protection, ongoing education, and high standards of business ethics.”

About the American Gem Society and Conclave:

The American Gem Society’s International Conclave, first held in 1937, is the premier educational and networking event in the jewelry industry. The Society’s members congregate annually to further their gemological education and professional development, as well as, meet with their colleagues.

Considered one of the primary benefits of membership in the AGS, Conclave is held in a new location each year, and features some of the leading national speakers and industry experts, all teaching a variety of topics ranging from gemological training to sales, leadership, government compliance, and marketing sessions. Learn more: https://www.americangemsociety.org/

View More Jewelry News
"With numerous networking opportunities, Conclave is a great place for the AGS community to mingle and meet other like-minded professionals," said Alexis Padis, CGA, and Chair of the Conclave Subcommittee.

LEGAL NOTICE AND TERMS OF USE: The content of the above press release was provided by the “news source” American Gem Society or authorized agency, who is solely responsible for its accuracy. Send2Press® is the originating wire service for this story and content is Copr. © American Gem Society with newswire version Copr. © 2019 Send2Press (a service of Neotrope). All trademarks acknowledged. Information is believed accurate, as provided by news source or authorized agency, however is not guaranteed, and you assume all risk for use of any information found herein/hereupon.